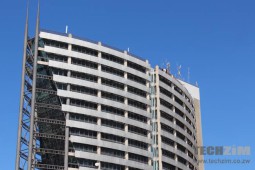 2016 has been a bad year for NetOne as far as its image and reputation is concerned.

The State-owned mobile network operator has been under a lot of scrutiny ever since allegations of corruption were levelled against its management.

This resulted in the suspension of its CEO, Reward Kangai, and the launch of an investigation.

The forensic audit that was carried out for this was recently concluded and though the results which were passed to the Auditor General haven’t been officially published some of the information has been revealed.

According to a report in the Standard, NetOne is owed $54 million and this figure includes $11,2 million owed by Firstel Cellular, a service provider contracted by NetOne to handle the signing up of post paid subscribers.

Prior to the investigation Alex Marufu, NetOne’s board chairman had singled out Firstel Cellular’s relationship with NetOne as a corporate governance concern because Firstel is owned by senior NetOne management, including Reward Kangai.

It’s also reported that NetOne management amended a contract with Bopela, one of its providers of network infrastructure.

The amendment allowed Bopela to pass on $2,6 million worth of work to a subcontractor called Macharawanda, which is owned Agrippa Masiyakurima, the owner of Bopela. This was meant to avoid a Zimbabwe Revenue Authority garnish order.

Other details of the audit that have been shared include the appointments of contractors made in contravention of the State Procurement Board regulations and NetOne management’s access to holiday allowances worth over $270,000 which went against the provisions of its human resources policy.

NetOne is currently being managed by Brian Mutandiro, the mobile operator’s Chief Operating Officer who has assumed the temporary role of CEO after Kangai’s suspension.

Mutandiro’s role as the head of operations which was created as part of  a corporate restructuring last year will include stamping out practices such as the ones mentioned in the audit to ensure that the operator returns to profitability.