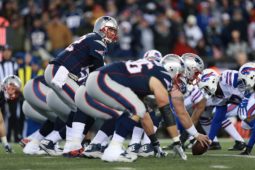 Econet Media has entered into another sports content agreement, this time with the National Football League (NFL) to become the exclusive linear TV broadcaster for the NFL in 19 countries (Zimbabwe’s included) in Sub-Saharan Africa.

This arrangement covers live games and will start at the beginning of the 2016- 2017 season.

Just like the NBA deal, Econet Media will also play a role in promoting the sport, in this case, American Football, in Africa.

The deal was brokered by ESPN Media Distribution – the company that handles global content distribution for the sports entertainment giant ESPN.

The coverage will include selected free to air content games, five live games per week during the regular NFL season including Thursday Night Football, three games every Sunday, Monday Night Football, as well as every game of the NFL playoffs and the annual Super Bowl.

As Econet’s Kwesé TV build up to its official launch, it has been closing several content deals and most of them have been focused on sports content.