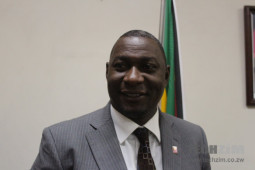 In the past month, there has been a lot of debate around the likelihood of social media regulation in Zimbabwe.

This has been fueled by developments like the statement released by the telecoms regulator, POTRAZ, as well the focus on online activist efforts like the #ThisFlag campaign led by a Zimbabwean pastor, Evan Mawarire.

He also took the opportunity to talk about allegations of corruption levelled against him as well as his encounter with Evan Mawarire.