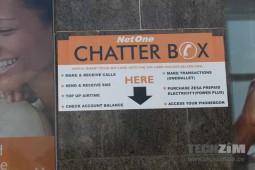 NetOne invested in call boxes which were introduced in 2014

The Zimbabwean mobile payments isn’t as competitive as it should be. The space is dominated by EcoCash (it handles 97% of the transactions), a subsidiary of mobile network operator Econet Wireless Zimbabwe which also commands the largest part of the telecoms market.

That fact isn’t lost on the government which is ironically both a regulator and Econet’s competitor.

Speaking at the recent Mobile Money & Digital Payments Conference the Minister of ICT, Supa Mandiwanzira touched on how State-owned mobile operator, NetOne had lost out on the telecoms race. He pointed out missed opportunities and a failure to respond to market dynamics.

He also gave credit to EcoCash for playing its role as an active provider to the environment.

NetOne has been plagued by allegations of corruption while its management has been fingered for mishandling projects and exposing the operator to mispricing worth over $70 million.

Its mobile money service, OneWallet was reportedly generating less than $1,000 in profits every month and the entire network has been struggling to operate in the black. The government has been trying to address all these issues.

Here’s what Supa Mandiwanzira had to say about NetOne:

We have these other two players who share 3% of the market which is left by EcoCash and I must say that they have actually let us down.

I can’t say much about Telecel because I don’t own it and we don’t own it, we don’t run it, but we definitely own NetOne. And part of our strategy is we are rejigging things at NetOne so that we have people focused on the correct things.

So we are trying now to instill a culture of innovation, creativity, growth in NetOne so that at least we can match the private sector, or at least have a semblance of competition to the private sector which helps also the consumers.

Because part of the problem is that when there is one dominant player the consumer suffers, but when there’s good competition the consumer benefits, and it’s not just about telecoms, it’s a principle across the board.

So I think that we need everyone to play their part. I think EcoCash have played their part and they’ve played so very very well.