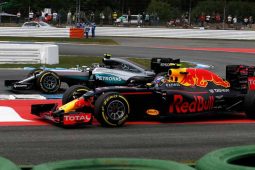 African broadcaster and owner of Kwesé TV, Econet Media, has announced the successful conclusion of a three and a half year deal with Formula One World Championship Limited.

Under the arrangement, Econet’s Free to Air sports channel will have exclusive free-to-air English language rights to the F1 championship for the Sub-Saharan Africa region, except South Africa.

Kwesé Free Sports will be broadcasting delayed same-day coverage of Formula 1 racing. This content will first airs on the 28th of August with the broadcast of the 2016 Formula 1 Belgian Grand Prix.

The deal follows other similar deals made by Econet Media which have locked up a lot of content in sports entertainment like NBA Basketball, NFL and, Formula E racing

This is meant for broadcast on its platforms that include Kwesé Free Sports – the free sports channel that Econet launched in Kenya.

Kwesé Free Sports was also used to deliver English Premier League football and the Olympics to ZBC TV before the deal collapsed under unclear circumstances.