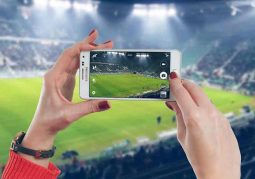 The Rio 2016 Olympics came to an end in a spectacular closing ceremony in the historic Maracana Stadium.

The games have been entertaining and full of controversy but aside from it all Brazil seems to have pulled it off.

Besides the sporting events, there has been a raging debate on the sidelines toward the impact of technology on broadcasting.

The Olympic games have come at a time when social media and mobile penetration are on the rise.

The smartphones are capable of recording quality footage which can be shared via live feeds or recorded and sent to friends, family or uploaded on the internet for public consumption.

Users of these social media platforms had their profiles under constant surveillance throughout the global event for keywords and images with any copyright infringing content immediately pulled down from private user accounts.

According to the IOC Marketing Media Guide, 74% of the Olympic’s revenue is created from the selling of broadcasting rights, 18% from sponsorship, ticketing and licensing, and 8% generated from other revenue.

The IOC is responsible for selling rights to broadcast on television, radio, mobile and internet platforms – and is responsible for negotiating Olympic broadcast rights agreements with media companies throughout the world, ensuring the Games are available to the highest number of people and have the widest global audience possible.

With broadcasting playing a pivotal role in revenue generation for the IOC, it is not surprising they have taken extreme measures to police copyright infringements on social media platforms.

Using advanced anti-piracy technology to prevent, track and take action against the upload of unauthorized Olympic content, in cooperation with major video-sharing websites and the relevant authorities in Games host countries is a worrying practice we may start to witness at major global live events.

There are other major sports franchises that have found ways to partner with social media to provide content to fans with Twitter recently penning a deal with the NFL to broadcast 10 games on a Thursday night and Twitter expects to add more live events to its catalog.

The move by the IOC may represent the future of technology use at live events.

Live events may become an experience for consumption only and not content engagement, sharing or creation.

There have been some cases of celebrities banning the use of smartphones or recording devices at events or concerts in fear that substandard footage will be released instead of the quality version created by contracted videographers.

Yondr is a tech startup  that creates phone free zones to maintain privacy, authenticity, and exclusivity that is being used by artists at smaller events.

It’s an interesting move by a global brand to regulate social media yet thrive off it to increase their global brand reach and awareness.

Clearly, there are mixed feelings towards social media when in the hands of the ordinary event goer.

At least they didn’t go so far as blocking it.