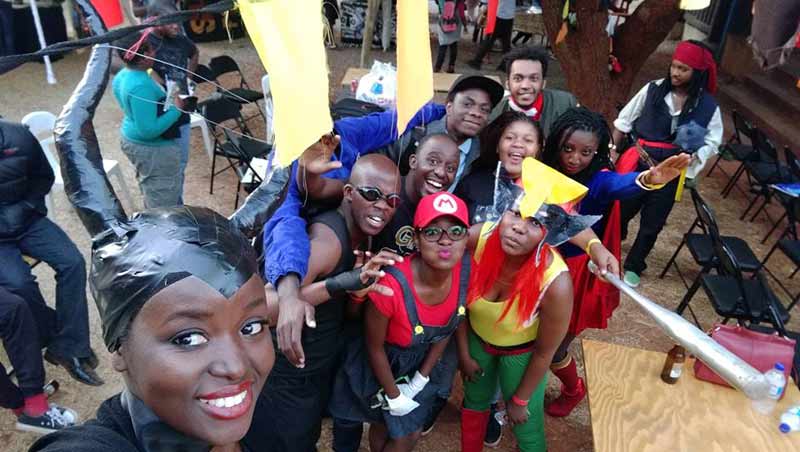 The Zimbabwean animation industry and the creative pop culture that comes with it doesn’t always make the news or draw a lot of attention even though there’s a lot going in the space.

A few days ago, though, all the focus was centred on the work that some of Zimbabwe’s illustrators have been involved in.

This years’ edition marked a year and a half of a growing culture and business centered on the creation and celebration of Zimbabwean comic books, animation and pop culture.

The full-day event was a platform for animators to exhibit their work and it also provided the content creators a chance to engage with people interested in understanding their work and the effort that goes into the creative process.

In addition to the insightful presentations on animation, artistic displays, cosplay and gaming, one of the event’s other highlights was the panel discussion on the upcoming local teen movie Zim High directed by local filmmaker, Tatenda Mbudzi.

One of the film’s stars, Hollywood-based Zimbabwean actor Rick Cosnett (he’s the guy who acts as Eddie Thawne in The Flash TV series), also took part in the discussion via Skype.

Speaking on the sidelines of the event, Eugene Mapondera, the co-founder of Comexposed was impressed with the outcome of the event particularly with how it displayed the continued growth of the local animation industry.

He highlighted how Comexposed had, through its four local comic book events in the past year and half built a network for local animators and provided some opportunities for the industry.

The biggest strides we have taken include the creation of an informal market place for local comic books and related merchandise through Comic book Day .

Since 2015 we have seen a rise in the creation and publication of local comic book titles and intellectual properties (IP) from 5 ongoing titles to over 14 . Sales for local comics trump international comics at our events despite the difference in print quality.

He also celebrated their growing support from the public that has developed an increasing interest in local comics.

The public continues to demonstrate a keen interest in our efforts as Comexposed and it is made apparent through attendance of all our events, local comic books which sell-out during our comic book days and also cosplay (costume role play) of local characters.

Without all the cosplaying from Zimbabweans of all ages Comexposed wouldn’t be the experience that people know it to be . By looking at the pictures and seeing all kinds of different people enjoying themselves and feeling at home in costume you can conclude that Zimbabwe is eager for this kind of culture an activity to be practiced more just like in the rest of the world.

At the same time, the comic book industry still hasn’t broken down all doors that are associated with their media.

Eugene lamented how the corporate community in Zimbabwe has been slow in identifying the emerging industry as an untapped resource for ideas, opportunities and potential international partnerships.

Comexposed is still largely funded by its founders, Eugene and Tinodiwa Makoni, something which could create challenges as they aim to expand it into a regional and international creatives conference.

There’s also the obstacle that comes with the misconception that comic books are a children’s past time. This is despite the huge influence that comic book industry now has in global entertainment, storytelling and the forming of narratives.

We also hope for the public to accept that comic books, animation and digital art are not childish things intended for children’s but that they are a medium for sharing stories and messages, they are away of telling the African narrative and preserving our heritage. We hope that corporates will begin to notice our efforts and respond just like the public had by investing and participating.

2 thoughts on “Success of Comexposed 2016 highlights growth of Zimbabwean comic book industry, along with challenges in shifting perceptions”