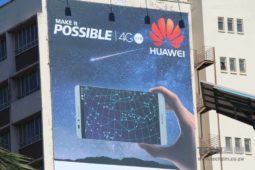 Zimbabwe has continued to experience an upsurge in LTE use as the investments made by telecoms operators increase accessibility to the network standard.

According to the latest quarterly report from the telecoms regulator POTRAZ, in the first quarter of 2016, the number of active LTE subscriptions in Zimbabwe increased by 23% reaching 152,782 from the previous quarter’s total of 124,179 active subscriptions.

The increase is dwarfed by the leap experienced between the third and fourth quarter of 2015 which saw LTE subscriptions rise by over 300%.

This previous spike was attributable to the introduction of LTE by NetOne and an increased investment by Econet.

Despite this growth, there’s still a limit to LTE because of the dynamics around the accessibility of LTE-enabled devices.

For a large portion of mobile broadband subscribers accessing 4G/LTE means migrating to a new phone something that is becoming increasingly difficult with the decline in disposable income and the additional costs that were lumped onto mobile phones with additional taxes.

LTE networks might become increasingly accessible but as long as device access is still affected, the numbers for LTE use won’t be as significant as they are for 2G and 3G connections.