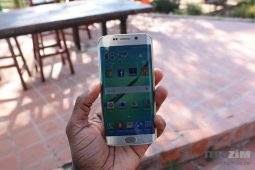 Mobile telecoms operators have very expensive roaming charges. that much is clear to anyone who’s tried to stick to the mobile operator while outside the country.

It’s not surprising then that being on roam means dealing with a crazy bill if you are on a postpaid plan (or contract line as its more commonly known locally). So what exactly is a crazy bill?

According to a report in the Sunday Mail the chairman of Zimbabwe’s Civil Service Commission, Dr. Mariyawanda Nzuwah racked up a cellphone bill of US$200,000 in July 2016 while on a month-long foreign trip.

This was accumulated from calls and data use on his NetOne and Econet contract lines.

Besides the fact that a six-figure phone bill is ridiculous (how many calls were made, what sort of browsing does this man do?), $200,000 is a lot of money especially for struggling national treasury that has been failing to pay civil servants on time.

The irony is also not lost on the fact that Dr. Nzuwah chairs the Civil Service Commission.

With teachers’ average salaries set at $400 a month , that amount is enough to pay 500 teachers.

With various broadband options in Europe (that’s where this roaming service was being used) and a flood of over the top services like Skype, WhatsApp and Facebook you don’t need to spend a fortune to stay connected.

This is yet another sad case of government profligacy and an extreme example of how the refusal to embrace technology and its convenience can be costly.

Then again, this could be the twisted way that some government officials believe they are supporting State-owned enterprises like NetOne.