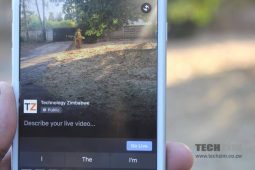 Facebook Live, the service that allows you to watch and create live videos from Facebook pages and accounts has been around for a while now and it’s managed to introduce Mobile Broadcast Video to millions of people.

For all its awesomeness, though, one of its major flaws has been getting an intended audience to actually know when you are going to go live so that they can tune in.

The scheduled broadcast  creates an announcement with details like the time of the broadcast that will appear as a post on every followers’ feed.

Anyone interest can then opt to receive a reminder notification about the stream shortly before it begins.

People can also join a chatroom three minutes before the broadcast begins. Publishers that schedule live video broadcasts can also share the link for the broadcast and even embed it on other platforms.

Facebook is rolling out this service initially with live videos published through the Facebook Live API and specifically for Verified Pages.

Mobile Broadcast Video which is delivered by services like Facebook Live is leading the charge in disrupting how live content is distributed and it is setting the stage for the major disruption of broadcasting as we know it.

Features like this notification actually amplify its use case, making it easier to not only build an audience for a broadcast but also increases the likelihood of engagement with live content.

While Facebook has taken steps to launch it for a limited set of publishers (for now) it’s likely that this will go a long way in turning mobile broadcast into something that’s even more mainstream than it already is.