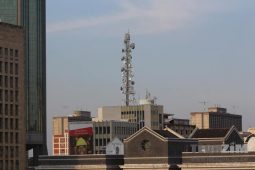 The Minister of ICT, Postal and Courier Services, has, after consultation with the Regulating Authority (POTRAZ) passed a new regulation, Statutory Instrument 137 of 2016 for Infrastructure Sharing. which applies to telecommunication license holders in Zimbabwe.

The regulations were quietly passed on Friday 4 November on what is probably the biggest telecoms issue in Zimbabwe.

The regulations could soon become a legal battle between the Ministry and its Regulator and MNOs not willing to share their capital intensive infrastructure built up over years of operating in Zimbabwe.

We just got our hands on a copy of the SI, as stated in the document its main objective is to provide infrastructure sharing among license holders in order to:

3 thoughts on “The biggest telecoms issue in Zimbabwe is now a reality, welcome SI 137 of 2016: the Infrastructure Sharing Regulation”