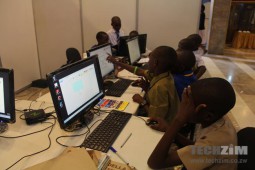 Over 5,500 applications for boarding school have been processed through the Ministry of Education’s eMAP online enrolment system according to Lazarus Dokora, the Minister of Education.

According to a report in the Chronicle, Dokora mentioned how the system was working smoothly. Despite the Minister’s statements, the facts on the ground show that there were challenges encountered by several users trying to submit their information through the platform.

The current total of applications could have been higher but has been affected by the system’s technical complications.

Following a disruption of service and complications surrounding the completion and submission of the online application forms used by the system, the Ministry of Education extended the deadline for the online enrolment process.

With 24,000 boarding school places available the eMAP system is expected to ensure that these are allocated to the thousands of users accessing the system, something which has been hampered by technical challenges like the system’s failure to handle a significant amount of traffic.

6 thoughts on “Over 5,500 applications submitted so far through Ministry of Education’s online enrolment system”