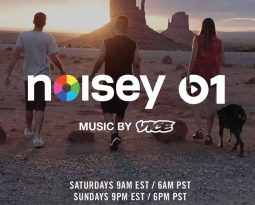 Econet Media, the company behind Kwesé TV announced the addition of VICELAND to the Kwesé TV lineup. VICELAND is a youth and lifestyle channel owned by VICE Media, a young, North American digital media and broadcasting company.

Econet Media signed a deal with VICE Media in mid-2016 as one of its several tie-ups with content partners seeking to extend their presence on the continent. It was envisaged at the time that VICE Media content would make it to Econet Media’s platforms by the end of 2017.

The announcement brings that deal into fruition. It’s for a 17 country broadcast and gives Econet Media’s platforms, which include the Kwesé TV app, its pay TV service as well as the Catch Up option, exclusive access to VICELAND.

Since its unveiling in December 2015 the Kwesé brand has been extended to a number of countries in Sub-Saharan Africa and part of its focus has been the broadcast of a diversified sports content bouquet through its Kwesé Free Sports option.

Deals like the VICELAND partnership introduce content variety to its lineup. VICELAND’s focus on edgy, youth culture focused shows through avenues like fashion, music and sports is anticipated to fit into a youthful demographic in Sub-Saharan Africa which Econet Media also wants to accommodate.