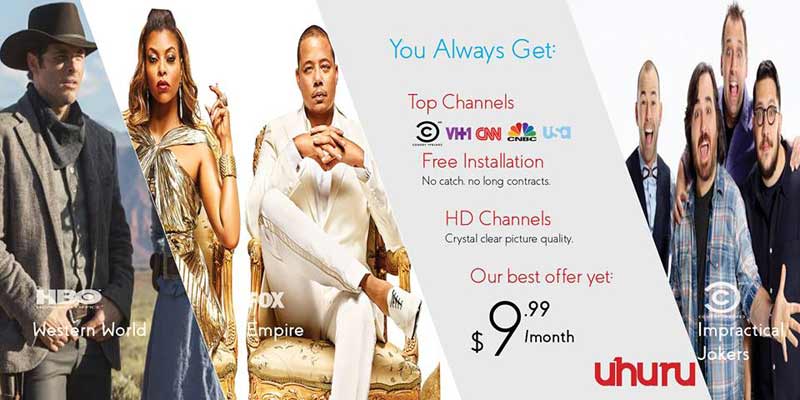 The team there has been a bit quiet for a while, which was probably a sign of the work they were involved in, trying to deliver a wider content lineup and batting bigger players like Netflix, ShowMax and DStv.

The latest development from Uhuru is that they are making the final preparations to launch a 24-hour channel focused on Hip Hop Music and culture.

Called Hip Hop 24, it is set to go live after the first quarter of 2017 and it’s in partnership with ZimboMusic, a music streaming service from Bulawayo which has been focused on discovering new talent in urban music genres.

This information was shared by Dzidzai Chidumba, the founder of yet to launch Zimbabwean Mobile Virtual Network Operator Viva Mobile which owns the Uhuru Tv service.

Both Uhuru and Zimbo Music will channel resources into the production, broadcasting and distribution of new shows for youth audiences in Zimbabwe. Hip Hop 24 is set to be the first 24-hour station focused on Hip Hop music and other related urban music genres.

According to Chidumba, 75% of the content will be from local artists and producers and this will include music shows, entertainment news, reality shows and magazine programs.

Hip Hop 24 is supposed to be Uhuru’s first major content partnership for the year, with other plans for the year set to be a tie up with Rising Stars, a fledgeling live schools sports platform with sports magazine shows. This is expected to expand Uhuru’s lineup to include consistent coverage of schools sports league matches.

Betting on the local advantage

With the tussle to secure content rights a central aspect of establishing relevance in the internet TV and media space, Uhuru’s move to partner local creators and curators could be one of its more pragmatic ones.

In a pool that includes deep-pocketed rivals like Naspers, Econet Media, Amazon and VOD alpha dog Netflix, startups like Uhuru are hopelessly unmatched when bidding for international box office content from markets like Hollywood.

Playing on the strength of great local content, which Uhuru and its partners now have to select wisely, will create a point of difference as long as the best of this content is what they show.