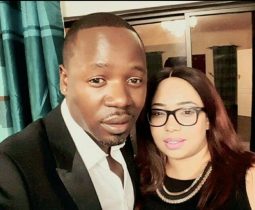 If you are a Zimbabwean with any sort of interest in social media you obviously came across a flood of content on the public breakup between Zimbabwean rapper Stunner and his wife Olinda.

On the 5th of January Olinda recorded an emotional Facebook Live video complaining about Stunner’s infidelity and dumping him. The online meltdown was eventually pulled down but not before it had been downloaded and shared on other platforms like YouTube.

What followed was a tonne of comments on social media and, as expected, stuff like memes, mentions, jokes and hashtags. The issue was trending on Twitter and dominated Facebook with a cross-section of people, from fans to social commentators – local and abroad – chiming in.

Now, almost a day later and with other twists to it emerging (not to mention traditional media not covering it), it’s provided people online with some entertainment and validated a couple of things about the internet and new age media.

Zimbabweans love entertaining content that with faces they can identify (Stunner is a Zimbabwean celebrity) which they can relate to (relationship drama, infidelity, social issues linked to gender roles etc),  share (hurray for the internet) and take part in.

Which puts social media as the winner in all this. It’s the one place where people are turning to for content that ticks all these boxes. The Stunner and Olinda case just shows how content creators, be it for Zimbabwean stations(here’s to the guys handling digitisation), DStv or Kwese TV need to watch these trends and take cues from this.

Perhaps reality shows with extensive social media engagement are what Zimbabweans are craving for. Give them that and they’ll Tweet, Snap, WhatsApp share and comment about it for the whole night.