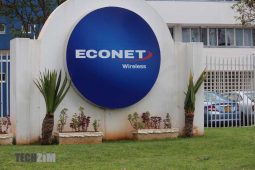 Econet Wireless Zimbabwe’s extraordinary general meeting (EGM) aimed at considering a proposed US$130 million capital raise through a rights offer will go ahead on Friday the 3rd of February 2017 despite a directive from the Zimbabwe Stock Exchange (ZSE) to postpone it until the operator clarifies certain issues.

There has been some back and forth between Econet and the ZSE regarding the EGM and in the latest development, Econet has issued yet another statement in response to the ZSE’s notice which told investors that it had asked Econet to postpone its EGM.

In its latest statement signed by its Corporate Secretary, Charles Banda – Econet has emphasised that the ZSE board has no jurisdiction to deal with the approval of rights offers or the listing of securities on the bourse.

Econet also raised its concerns with how the ZSE has supposedly improperly dealt with procedures. Econet also highlighted the conflict that stems from the fact that the chairperson of the ZSE board Caroline Sandura, is also the Company Secretary for TelOne, one of Econet’s competitors.

Part of the statement reads,

The ZSE Board has no jurisdiction to deal with the approval of Rights Offer Circulars or the listing of securities on the Zimbabwe Stock Exchange. The ZSE Notice was signed on behalf of the ZSE Board by the Zimbabwe Stock Exchange Board Chairman, who incidentally is the Company Secretary to Tel One, one of our competitors. The ZSE Notice comes a day before our EGM. We consider this to be extremely disruptive and an infringement of the rights of the Company and its shareholders. We have also noted with concern that all deliberations of the ZSE Board were leaked to the press in breach of the provisions of the Listing Requirements that regulate the release of share price sensitive information. At times we have become aware of meetings and decisions of the ZSE Board through the media prior to any formal communication from the ZSE.

On Wednesday 1 February 2017, Sandura had said in a statement that the ZSE asked Econet to defer its vote on its rights issue on the basis of technical issues relating to its proposed rights issue. Econet was expected to issue a circular explaining these issues.

The most pertinent issue was the need for shareholders to participate in the issue through payments made in an offshore account which was a challenge for shareholders with no access to foreign currency.

Econet countered this with an announcement that it had created a facility together with the central bank (RBZ) which would allow local shareholders to participate in the rights issue by paying into a local bank account.