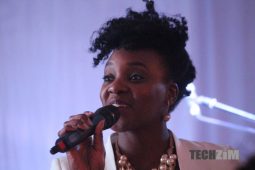 Zimbabwean media personality Ruvheneko Parirenyatwa is set to launch her own TV show called Ruvheneko which will be broadcast exclusively via online platforms.

The show which is expected to go live on the 2nd of February 2017 will focus on current affairs and will zero in on trending issues with interviews or chats with specific people.

Ruvheneko Parirenyatwa shared this information while speaking to HMetro. She has promised to maintain her interrogative style of interviewing blended with a lighter delivery through some chats.

These are the same social media platforms that Parirenyatwa used in her exclusive interview with Stunner, a Zimbabwean Hip Hop star who became the subject of a lot of online discussion following the spilling of his domestic issues onto social media.

The interview not only displayed her ability to tap into the brand she has built as an interviewer but also highlighted the opportunities for live, independent online broadcasting which is accessible to a wider global audience. This content can be viewed later at any point and has the option to create engagement with the viewers.

Parirenyatwa is playing on these strengths as well as the opportunity created by the internet as an open space which doesn’t need regulatory approval for content creators to go live.

There’s a growing business case for online video content which Ruvheneko will also be able to explore, something she also alluded to when she highlighted how she had been approached with opportunities for collaboration.