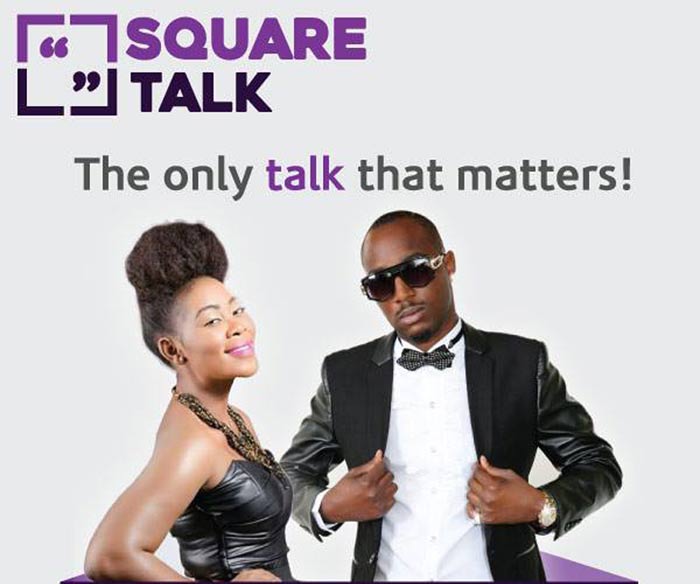 Steward Bank, one of Zimbabwe’s retail financial service providers and a subsidiary of Econet Wireless Zimbabwe has just advertised on its Facebook page “Square Talk” its own “talk show” which will be broadcast live on Facebook.

There isn’t much info provided about it except that “the hosts this week” will be internet video comedian and newest Bustop TV regular Tyra Chikocho aka Madam Boss and Gospel music rapper (?) Mudiwa Hood.

The smart money is on this show turning out to be an extended advert sprinkled with some “entertainment”.

Steward Bank is trying to capitalise on the sensation that Facebook Live videos have become in Zimbabwe in 2017 by throwing in one of the more visible figures in Zim internet video land (Madam Boss) and their brand ambassador to beam it to thousands.

The issue, though, isn’t really the Steward Bank show or how big a marketing opportunity for its Square product the bank is eyeing here. What’s striking is the way Facebook Live has become a thing.

About 9 months before Stunner and Olinda’s marriage started falling apart in front of hundreds of thousands of people, Facebook opened up Facebook Live to various platforms (not just iOS)  and several countries with Zimbabwe joining in on the fun later in the year.

Since then, it has become one of the easiest ways for brands, personalities and anyone with bandwidth, an opinion and time to actually go on live TV. Facebook wasn’t the first to launch this, but like all things that it introduces that doesn’t matter, really.

What does matter, though, is that the one platform that is people’s best representation of a one-stop social media shop lets you speak to all your followers in real time. In Zimbabwe, this also means speaking on one of the two platforms that have been fashioned by our revenue-hungry mobile operators as our view of the internet.

It also screams of the further exploitation of this opportunity that is yet to come. What we’ve seen so far – Olindagate, Begotten Sun’s Tea time talks, Bev’s Andy tell-alls, Ruvheneko’s talk Show, This Flag/Fadzayi Mahere’s political Hard Talks etc  – represents the first phase of local, live and trending content that’s going to be broadcast via the internet to a Zimbabwean audience.

It’s another milestone in the continued disruption of the linear TV model and its a shot at the comatose State broadcaster – ZBC which used to be the only channel for people to speak on and be heard.

To be clear there’s no illusion that Facebook TV is going to usurp the TV screen as we know it in Zimbabwe right away, no. We aren’t there yet even though it looks like that could happen at some point in the not too distant future.

There is, however, an acknowledgement that important and relevant conversations, funny and entertaining content plus the razzmatazz scandals that people love so much  – all this stuff has a new home that doesn’t need broadcast licences.

Those who can will probably buy daily bundles to watch that instead of any first and permanent choice.