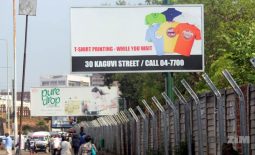 On Monday I attended the re-launch of the Advertising Standards Authority. It was great for me to attend for four chief reasons: (1) A lady called Odette van der Haar  (2) I learnt a lot about self regulation within an industry (3) Attending cured me of a prejudice I had (4) The food of course.

To simplify her story: she rose through the ranks in the cut throat advertising industry in her home country, South Africa. She got frustrated by the conditions of work and several other challenges in this industry and quit to become a brand executive. Her passion however remained in advertising and specifically to transform the industry to get rid of the frustrations that drove her away in the first place.

When the opportunity to rejoin the industry as CEO of the Association for Communication and Advertising (ACA) came up she took it gladly. ACA is the recognised body for the communication and advertising profession in South Africa. Odette has truly achieved her goal of transforming her industry and then done more. To get a summary of what she has achieved follow this link.

The advertising industry in Zimbabwe is definitely heading in the right direction by resuscitating the Advertising Standards Authority. Self regulation within an industry when done in earnest is the best way to regulate. When an industry organizes itself and writes its own rules it eliminates the risks of having to be forced to comply to rules that are written for the right reasons but by someone not knowledgeable enough about the specific industry as is often the case with governments.

By regulating themselves, players in an industry preempt the need for legislative control which usually comes with unrealistic expectations. The advertising industry in South Africa has done very well in crafting a code and sticking to it. Odette said that they only used disciplinary action once since she took over the helm and that one time was enough to deter any would be unscrupulous advertising agency.

As Zimbabwe organizes to follow the South African footsteps, there is need for the ASA structures to immediately assert themselves and come hard on any agency that deviates from the laid down code. If they show hesitation in this regard no matter how slight, the whole mission will fall apart and before they know it the government will eventually step in with some form of regulation that will forever be a sore on the back for them.

I was very prejudicial about advertising as a profession. All I saw were overpaid businesses that had no value to add. Hearing the discussion on Pitches and Tenders at the ASA re-launch made me realise that these businesses have been abused by the brands they serve for a long time that it does not look like abuse anymore.

Here is how the process usually goes:

Here is what Odette and her team introduced in SA: All ad agencies have standard profiles held by the ACA. When X wants to recruit an agency they pick 5 agencies whose profile best suits what they are looking for. These 5 agencies do not have to pitch a specific solution to X but they present a case study of what they have already done that makes them the right recruit for X. Putting this together will not cost them much.

From the presentations X is usually able to pick their choice but if not they will then have to ask two or three agencies to then pitch a solution. Of those that get to pitch, X will pay for the pitch preparation work already done by the unsuccessful agencies. Even so, the intellectual property remains owned by the agencies and if X wants to use any of the work pitched by an unsuccessful agency, they will have to negotiate with them and buy the IP otherwise they will face the wrath of the whole industry.

The ACA seems to have been more of a regulator of client conduct than membership conduct. To achieve this though they had to make sure that their members collectively boycott ‘misbehaving’ clients. Any member who would not abide by the boycott would then have to face their peers, get suspended or even expelled, which would damage their reputation so much that getting business would be almost impossible.

I don’t know how this will pan out in Zim given difference in business culture from what prevails in SA but I do wish the current ASA chair, Sapi Bachi the best of luck as they craft the structures for a self regulating advertising industry in Zimbabwe.

O yea, the food at the re-launch was excellent… 🙂

7 thoughts on “Advertising industry relaunches Standards Authority. About self regulation and a cure for Prejudice”