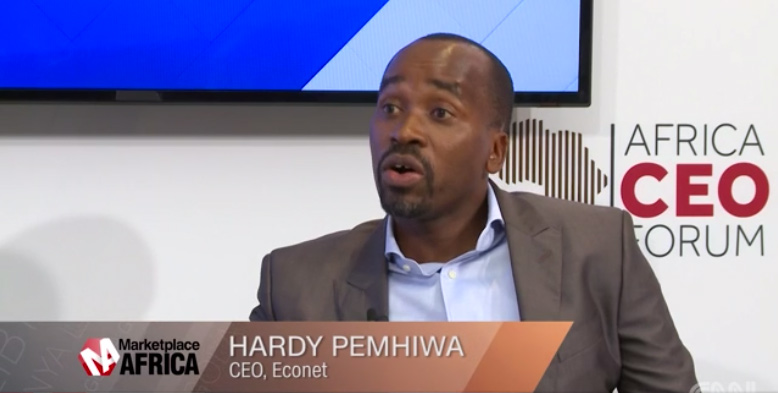 Asked how many subscribers the relatively new media company now has, Pemhiwa avoided speaking about ‘subscribers’ but spoke about ‘eyeballs’ Kwese has access to instead:

We now have access to 50 million eyeballs across the continent. So that makes us the biggest free to air TV network on the continent.

Ofcourse, it’s hard to know what exactly he meant by eyeballs and our guess is he did it deliberately so he wouldn’t say the hard numbers everyone would love to know. The blame in not pressing further falls squarely with the CNN interviewer.

But we’re also thinking that it’s hard to get the actual number of people that are watching your channel on FTA and so Econet Media can only rely on estimates.

The real subscriber numbers therefore that CNN could have pressed for are the pay-TV ones. That is either the good old satellite type that Multichoice provides with DStv, or the newer type TV streaming on mobile operator networks that Kwese now provides via Safaricom in Kenya and MTN in Ghana.

For example, Multichoice, the biggest Pay-TV provider in Africa, has about 10.4 Million Subscribers In Africa.

Africans I would say, love two things. Sports, sports, sports. And of course local movies. I think Nollywood has shown us how much Africa loves its own content. And I think that as we progress, Africa is saying, ‘we wanna be able to tell our own story’