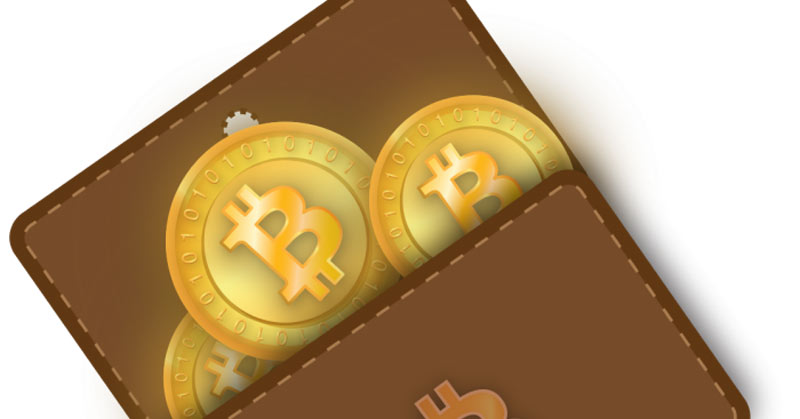 In late 2016, I got a call from the finance director of a listed financial services company. He and his managing director wanted to take me out for lunch. Shortly before that, the media had reported of an investment I had made in a blockchain start-up. I normally charge for advisory services, but I agreed to have a long conversation with them, over lunch of course. The reason I agreed is that it was a rare call by a Zimbabwean company. Zimbabwean companies are rarely on the cutting edge of innovations and mainly adopt, or at the very least, think of adopting innovations way down the adoption curve.

Over the last several months, I have received a plethora of questions about Bitcoin. What is it? Is it a pyramid scheme? How is it different from MMM? And so on and forth. These are questions everybody must be asking, because I believe that Bitcoin, blockchain and cryptocurrencies are the most profound and game-changing innovations since the Internet was invented in the 90s. Consequently, every forward-thinking person must make attempts to understand them. This article is designed to enlighten the average reader on the bare basics of Bitcoin.

Why should I know about Bitcoin?

Well, I suppose you must know about it because now it’s worth more than gold! It’s the most expensive currency in the world, far more valuable than any other currency issued by any country. But far from its value though, it’s important to understand that its underlying mechanism is by far the most ground-breaking innovation about money that transforms the future of money.

Bitcoin is a virtual currency created and held electronically, meaning there are no physical coins. In fact, as suggested by one of the leading brains on Bitcoin – Andreas Antonopoulus, bitcoins are not even digital coins per se, but entries on the blockchain. No central authority controls it. Unlike fiat currencies issued by governments like US Dollars, SA Rand or Zambian Kwacha, bitcoins aren’t printed. Instead, they are produced by people and businesses running computers on the bitcoin network all around the world, using software that solves mathematical problems, in accordance with the Bitcoin protocol. You can use bitcoins to do just pretty much the same things you do with ordinary currencies. The key thing is that you can send it to anyone you want on the Bitcoin network – it’s borderless.

The general convention is to distinguish Bitcoin (with a capital B) and bitcoin (in small case). The former refers to a digital money ecosystem – simply put, an entire system and network used to store, record and transmit value to participants via the Internet (although other networks can be used). For the average person though, you are more unable to access or use Bitcoin if you are not on the Internet. The latter refers to the unit of currency used in that network.

The technology on which Bitcoin runs – the Bitcoin protocol stack – is easily available as open source software, which can be run on devices like desktops, laptops and smartphones.

Who started it and how?

The idea behind Bitcoin was started in 2008 by an innovator writing under the name Satoshi Nakamoto. Nobody knows Satoshi (except himself or herself). Satoshi’s published a white paper entitled  Bitcoin: A Peer-to-Peer Electronic Cash System, which proposed using a peer-to-peer network to generate a system for electronic transactions which do not depend on trust. His proposal suggested an electronic currency and electronic payment system based on mathematical proof that is independent of any central authority and can be electronically transferable anywhere almost instantly at very low transaction fees.

The Bitcoin network was subsequently developed, with the first open source software client released by Satoshi in January 2009. The first bitcoins were issued at that time with Satoshi mining the first block of transactions – referred to as the genesis block.

The genius of Satoshi’s innovation was that such a peer to peer system of moving value to one another does not require a trusted third party. To achieve that, the Bitcoin system uses a distributed ledger. To understand it better, think of yourself trying to send money to Farai. One of the ways is to send the money from your bank, to Farai’s bank. Both banks are trusted third parties, meaning we trust them with our money, and trust that they can send it Farai when we ask them to. Satoshi’s innovation can do that without the banks (trusted third parties) involvement.

What is the Blockchain?

Your bank writes every single one of its transactions on a ledger. Centuries ago, banks had to keep private books called ledgers, but with computerization, the ledger is maintained on the bank’s core banking system. However, you never get sight of that ledger it’s a private ledger. There is zero transparency about what your bank does, but you are never bothered about it because you trust the bank. On the other hand, bitcoin transactions are kept on a shared public ledger, otherwise referred to as a distributed ledger. That distributed ledger is called the blockchain. All transactions on the network are grouped into a batch, called a block. Each block is timestamped and hashed. A hash is a digital fingerprint of the previous block. Every bitcoin block is generated sequentially, containing the hash of the previous block. If you tried to introduce a block not linked to a previous block, such a block would be rejected by the network. When a block is hashed, it is chained to previous blocks creating a chain of blocks added to the network, hence the blockchain.

Ever since Satoshi’s genesis block in 2009, every other subsequent transaction can be traced back to that genesis block. If you understand accounting, the nearest analogy is to think of each block being a page in the ledger. When you write entries on the next page, you have to carry balances forward from the previous page, and on the next page, you bring the balances forward and continue to add transactions and so forth. All confirmed and validated transactions are included in the blockchain, which is accessible by any computer node on the bitcoin network. Satoshi Nakamoto’s ideas were preceded by a lot of developments in cryptography. Cryptography is applied to enforce and ensure the integrity and the chronological order of the blockchain. This also means that previous blocks cannot be altered ever.

The blockchain is a complex feat of innovative technology – a technological advancement that’s in many ways unprecedented. Many observers, including me, argue that bitcoin and blockchain (bitcoin ushered in the blockchain) is the most profound innovation after the advent of the Internet in the 90s. The fact that its distributed means that there is no central point of failure that can take it down. It provides a level of transparency never before seen in the financial system, to the extent that anyone can view the transactions. It is generally agreed that it is that level of transparency that traditional financial institutions are unhappy with. Nevertheless, Bitcoin also provides a high level of pseudonymity, since all you get to see on that public ledger is a bitcoin address.

How do I get Bitcoins?

You can’t just buy bitcoins at your bank the same way you can do other currencies, at least as of now. There are roughly four ways through which you can get bitcoins as follows:

To receive bitcoins, you must have a bitcoin address. A rough analogy of this is your email address to which your emails are directed. In banking parlance, this would be your bank account number. A bitcoin address is a bunch of letters and numbers of between 26 and 35 characters in length, starting with a number like ‘1’ or ‘3’. A Bitcoin address can look like:  1BvBMSEYstWetqTFn5Au4m4GFg7xJaNVN2.  You can have as many bitcoin addresses as you want, at no cost, through installed bitcoin software or through a wallet provided by either an exchange or bitcoin wallet service provider.

What is Bitcoin Mining?

Mining is the only way new bitcoins are created. Satoshi put it as follows: “Coins have to get initially distributed somehow, and a constant rate seems like the best formula”.

I find that the best way to think about this is to use the gold analogy. Before countries started printing money any way they wanted, money was gold or at least backed by gold. To have gold, you had to first do some work in the form of mining, to access it. Bitcoins are created via a process called mining. However, in Bitcoin, you don’t swing picks and shovels. It is done by computers, that are nodes on the bitcoin network that must find valid proof-of-work for new blocks by hashing. Miners use a powerful computer to find a solution to a SHA256 algorithm that meets a difficulty target on the network. In other words, your mining computer solves complex mathematical problems at any given time of day.

How much are they worth?

Bitcoin and an ounce of gold were last at par around 2 March 2017 after which the price of Bitcoin surged to a record high of $1,290.13, while a gold ounce traded at around $1,228. From then till now (time of writing), Bitcoin prices have doubled and outperformed the price of gold. 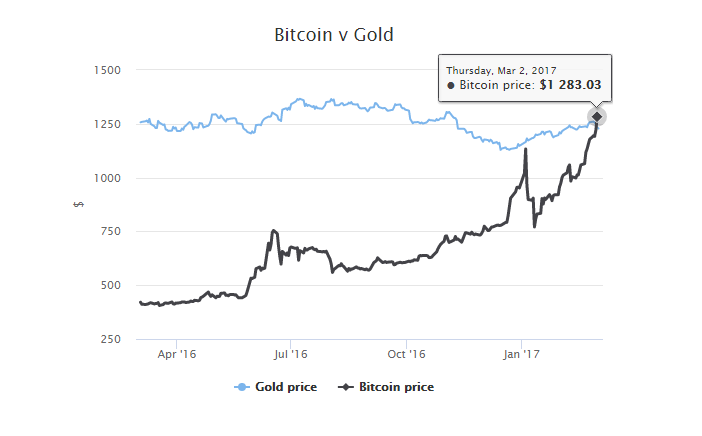 Taurai Chinyamakobvu is an innovation expert and enthusiast trained in Zimbabwe, Japan, USA, and Sweden; with keen interest in blockchain, Bitcoin and other cryptocurrencies. He is an early stage investor and director of Bitfinance (a blockchain company), Flocash (a pan-African payment gateway) and Wezeshwa Fund. He is also an advisor to Fortune Global 500 international corporation. He has deep interests in fintech, and is also a member of the Reserve Bank of Zimbabwe’s Financial Inclusion – Digital Finance Thematic Working Group. He can be contacted on tchinyamakobvu@gmail.com