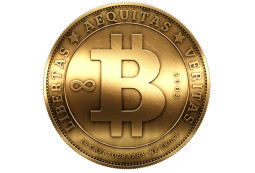 Whenever a new miracle technology is breathlessly praised, I pay attention and keep my cynicism handy. There have been a number of pro-Bitcoin articles on TechZim lately,  please allow me to share my dissenting opinion. Some of the financial advice (implicit or explicit) seemed downright dangerous. A couple of disclaimers I need to get out of the way first:

The most alarming idea I encountered was the recommendation that people convert their savings to bitcoin. I consider this to be very poor advice because the value of Bitcoin is highly volatile, making it a poor store of value. While you will hear bitcoin boosters proclaim that bitcoin is very valuable now, there is no way of knowing what it’s value will be at some point in the future when you need to liquidate your wallet.

Since there is no official central bank with a monetary policy behind Bitcoin, the value is relies on the “free hand of the market”. The market in this case includes everyone from dealers of all kinds of goods on the dark web, makers of ransomware, as well as Russians and Chinese nationals who wish to expatriate their wealth without going through official channels. There are countless more legitimate users of Bitcoin, including Dell and individuals who prize privacy, but my suspicion is that presently, the main drivers for demand of Bitcoin (and therefore the value) are high-value gray transactions.

Additionally, illicit or not, the majority of users utilise Bitcoin for transacting – not as a store of value. As long as the buyer can purchase Bitcoin using dollars and the seller can sell those bitcoin for dollars – the actual value of Bitcoin is immaterial. When you swipe your card at a point of sale, do you care if the money is being transferred as USD, VISA-coins, Ethereum or dogecoins? If it were, you probably wouldn’t care to know what the exchange rate was at that particular moment.

If you intend to speculate on Bitcoin, that is fine – but it is no different to speculating on the stock market: for someone to ‘win’, someone else has to lose. Most countries have rules  to prevent pump-and-dump fraud schemes when trading shares but Bitcoin is the wild west: a certain class of people (or bots) have emerged with the sole purpose of boosting Bitcoin prices. No matter how small the blog, the moment an article on Bitcoin is posted, these people (or bots) show up in the comments – like clockwork. They probably will make an appearance in the comments for this article…

It is now far too late to make it big on Bitcoin. The people who made millions where those who got into it in the early days. If you start mining for Bitcoin today on your computer or even specialised hardware, you will be spending more on electricity than you will earn in Bitcoin. Make no mistake, Bitcoin is just like any other gold rush – the best way to make money is to sell shovels. Most of the people you hear singing Bitcoin praises haven’t struck gold themselves – but they do have a shovel they would like to sell you.

In addition to volatility, converting your savings to Bitcoin is a losing proposition due to security considerations, in abstract and concrete terms. In the abstract: brick-and-mortar banks have to adhere to regulations around depositor protection, audits, insurance and banking procedures. In concrete terms: vaults and armed cash transit. Bitcoin is completely unregulated – Bitcoin exchanges (bank equivalent) have disappeared without a trace, others have been “robbed” (in quotes because it might have been fraud by the owners – please read about the Mt.Gox if you have the time). There are viruses in the wild designed to steal Bitcoins from wallets on users’ computers, I do not believe the average user is able to adequately secure their computer (see WannaCry) keeping cash under the bad is safer.

The blockchain is an interesting concept with great potential – maybe not as great as the more zealous believers thing, but great nonetheless. I remain convinced that Bitcoin is an early but flawed prototype. The technology is mostly sound and appealing to technologists, but it will will ultimately fail because we are human and can’t have nice things – especially when there is no authority, no enforcement and no rules to enforce.

14 thoughts on “Not Everything that Glitters is Gold: A Dissenting Opinion on Bitcoin”