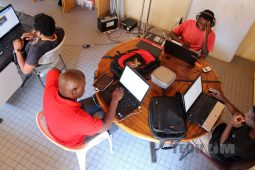 The Zimbabwean government just announced that it has opened for applications to the ICT Innovation Drive fund.

This fund, totalling $25 million, was announced last year by the Ministry of ICT, Postal and Courier Services. The minister, Supa Mandiwanzira, said that the Zimbabwean government is committed to the development of local platforms and apps through investment financed by local operators.

Essentially, in Zimbabwe, all licensed telecoms operators pay 1.5% of their revenue to what is called the Universal Service Fund. It is part of this money that’s being used to fund the ICT Innovation Drive. It is not clear how much money has been contributed to this fund by the operators since it was set up.

The thinking around creating the ICT Innovation Drive is no doubt positive. It is intended to provide much-needed resources to a sector that is growing massively globally. It is ultimately an opportunity for the country to tap into this global technology-driven services market.

If Zimbabwe, as a result of this fund, produces startups that can build technologies & apps that attract usage beyond Zimbabwe’s borders, the fortunes of the country can be turned around.

There is so much potential for innovation in many areas globally today. Areas such as artificial intelligence and the bot economy, media (especially the video content boom), innovations in the delivery of this content to devices efficiently, eCommerce and all the businesses that support it (logistics, payments, manufacturing), fintech (immediately useful applications like money transfer online, all the way up to cryptocurrencies), virtual & augmented reality devices and applications, gaming, education, health applications. I’d go into detail, but I’d be preaching to the choir.

$25 million is a lot of money in Zimbabwean and African terms. It’s also a lot of money for early stage investment, and depending on the results that this money produces for startups, it could attract more money organically.  Success attracts more money.

Because of the relatively low cost of starting a venture online (mobile app, desktop, AR app, bot, whatever), industry disrupting companies can be started on a very low budget. In fact, on the continent now, seed investment in technology startups is usually between $5,000 and $30,000.

The $25 million dollars can therefore potentially fund at least 800 startup businesses in Zimbabwe. And depending on the traction these ventures achieve, they could go on to raise more money from other investors. Some startups in Zimbabwe have been able to raise money outside the country successfully.

But investment has to be done by investors

So this being the start of a boom in tech startups in Zimbabwe is very possible. However the funding of startups has to be done right if this boom is to be realised.

The first concern I have so far is that it looks like government itself will manage the investment. At least from the information available so far, startups have been asked to “send your descriptive business proposal, together with your financial projections and budget for consideration to: innovationdrive@potraz.gov.zw for consideration “

Even if you know just a bit about tech startup investment, you’d know that whoever is making call for applications, has not been involved at all in internet tech investment. This is probably the first mistake government is making here.

It would have been better for them to recruit seasoned investors (even, or especially, from outside Zimbabwe) and have them manage the fund. Investing in tech startups using someone else’s money is what Venture Capitalists in countries that have produced successful startups do. VCs ‘sell’ that service and get a cut out of the success of the investments they make. These VCs are usually high net worth individuals who have themselves started and led successful internet companies to the point of an exit.

VCs know the questions to ask, and will usually not ask for “descriptive business proposal, together with your financial projections and budget for consideration”. And because VCs have run business themselves they can accurately tell committed founders from chancers and charlatans looking for easy money to buy used mercs from Japan or to pay roora (bride price).

And these chancers are many. My guess is, upon seeing the announcement of the fund, typical investors, local or abroad, knowing the high risk of being gamed that the Zim government is up against, can accurately predict how this is going to go in its current form. South.

In fact, some are justified to notice the coincidental timing of this fund announcement and a fast approaching election in 2018.

Governments committed to building healthy technology business ecosystems have done more than just calling for business proposals. They have taken deliberate steps to make sure the country is positioned for investment, especially globally. The $25 million will be exhausted eventually once they start disbursing it and the next stage of investment that will be needed by the startups that manage to gain some traction is going to be global.

Chile is a great example of a government’s commitment. With its Start-up Chile program the country had an open arms approach to building its tech innovation ecosystem from nothing. First, theirs wasn’t just a fund; it was an accelerator program. Chile invited applicants of any nationality to come and base their startup in Chile in exchange for some money.

Not that the Chile program was perfect, but few argue that it has produced results. According to this Techcrunch report, the program has since 2010 funded companies that “generated roughly 1,600 jobs in Chile and $100 million in outside fundraising.” Some key developments of that program:

In Zimbabwe, we have been creating laws to effect changes in the opposite direction.

Maybe it would have made sense for the government to go and observe the lessons Chile and other governments have learnt about building innovation ecosystems.

With new startup entrepreneurs, it’s actually not about the money

Businesses need money, granted. But there’s something they need more, otherwise, they’ll burn through that money without achieving anything. It’s the mentorship and guidance from people that have done it before.

Such mentorship doesn’t just provide new entrepreneurs insights from the experiences of the seasoned folk, it more importantly also opens doors to a lot of other things like, yes, investment money! It also opens up the business relationships and networks built over time by those seasoned entrepreneurs. These relationships are worth much more than immediate cash.

This is why, beyond giving out money, an accelerator program, to which successful local entrepreneurs and those from across the globe are invited to share their experiences and networks, is needed.

Individuals that have great ideas and know how to build the product technically, unfortunately usually lack any business skills. Then there are those business minded folks that have no idea whatsoever how computers are programmed.

In my opinion, the government will need to quickly fix these things if the fund is to be a success.