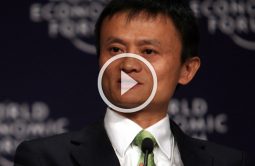 As you may know, Asia’s richest man and founder of Alibaba, Jack Ma, visited Africa for the first time about two weeks ago as part of his role as a special adviser on youth entrepreneurship to the UN. There he spoke about about building Alibaba and the things he learned and especially those that African entrepreneurs can learn from.

I finally watched the video and thought it would be worth sharing here for those of you that have watch it yet.

I’m guessing however that not all of you have the 40 minutes to watch it, so here’s a summary of notes from his presentation:

3 thoughts on ““Speed up, but don’t try to copy China!” and other advice Jack Ma has for African entrepreneurs”