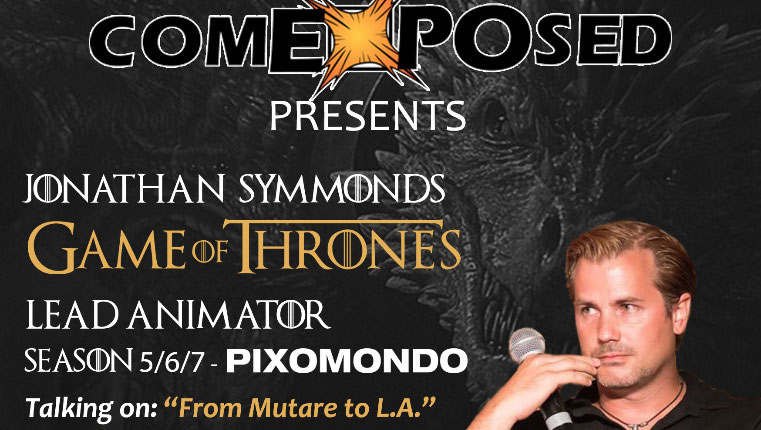 Comexposed has announced that they will be having Jonathan Symmonds at their event in October. Jonathan is the lead animator of the popular TV series Game of Thrones. He is currently visiting Zimbabwe and he will be speaking at a meetup being hosted by Comexposed on Friday 1 September 2017 at Moto Republik from 11 am to 12 pm.

The talk will be on his journey from living in Mutare to going to L.A. Jonathan moved to Zimbabwe in 1987 from Durban South Africa where he was born. He then went to college here until 2002 when he moved to England. From there he then started his career working for both awards winning companies like Framestore and also freelancing.

Throughout his career, he has animated for movies like Avatar, Prince of Persia and Nanny Mcphee. Along the way, Jonathan joined Pixomodo a visual effects company where he currently the lead animator. At this company, he has animated the dragons that have been featured in Game of Thrones seasons 5-7.

Game of Thrones is one of the most popular TV series that people watch and it is mainly attributed to the dragons that it has. The dragons are just so well animated that you’d almost think they’re real. Anyways, so what is Comexposed and what do they think about having the lead animator of Game of Thrones at their event?

Comexposed Digital Arts Convention is the biggest celebration and showcase of Digital Arts in Zimbabwe. At the event, various digital art works such as animation, comic book art, video, graphic designs, photography and video games from local and international content creators will be showcased. Tinodiwa Makoni, one of the coordinators of the events had the following to say on Jonathon’s participation of this years Comexposed.

As Comexposed one of our main focuses is capacity building and one of the greatest areas we need to build capacity is in our belief in ourselves, that we can achieve great things and that we are not limited but by our own dreams, having Jonathan tell his story helps show aspiring creatives that they CAN. – Tinodiwa Makoni

Apart from having Jonathan at Comexposed, they’re also working on starting regular meetups that will have tutorials on certain topics within the Digital Arts industry. We asked Tinodiwa to give us a comment on how they feel about Jonathan being a part of the first meetup and some more details regarding the meetups, he said the following.

Well, short of him coming to the full event in October this is the next best thing. We had just concluded arrangements to begin a series of regular talks/classes as Comexposed and then this came up, it seems like the perfect way to start them so I’m very glad about that. The frequency has not been worked out, we want to see if people are interested first then we will get going. It will be a mixture of free and charged talks.

Given the 15 years of experience in visual effects that Jonathan Symmonds has, there is quite a lot of knowledge that he will share and that others can gain by attending the meetup and Comexposed. If you’re an animator or aspiring animator, let us know what you think about this and what you’d like to learn from Jonathan. 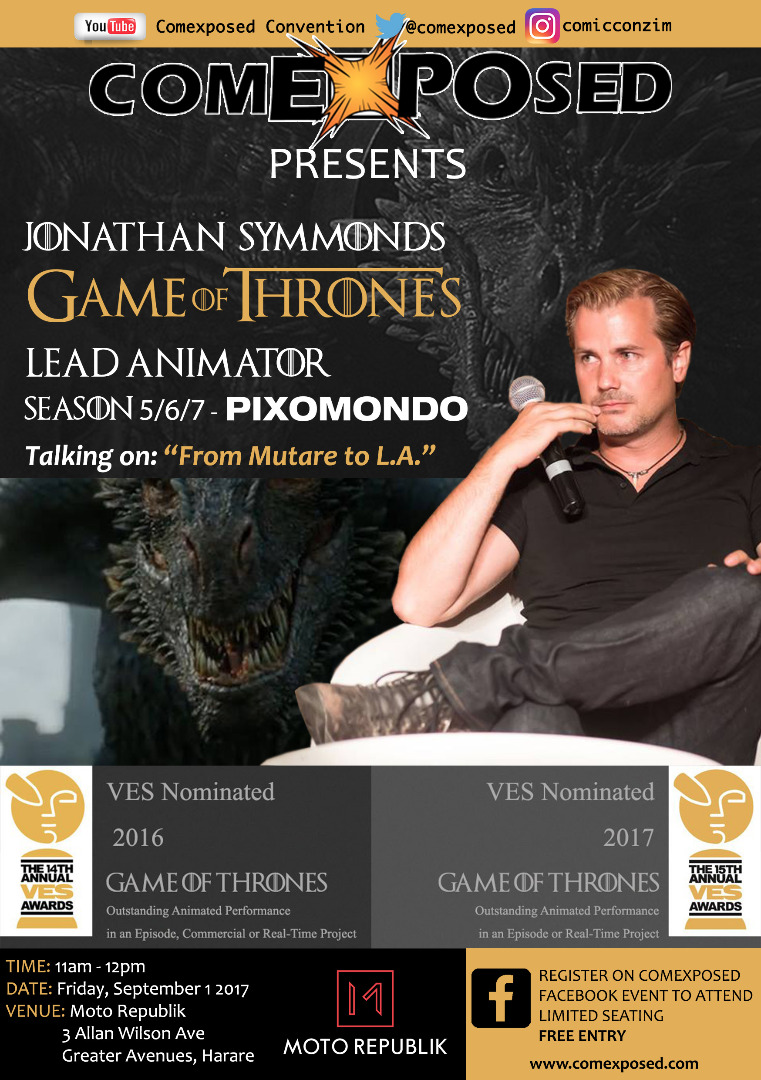