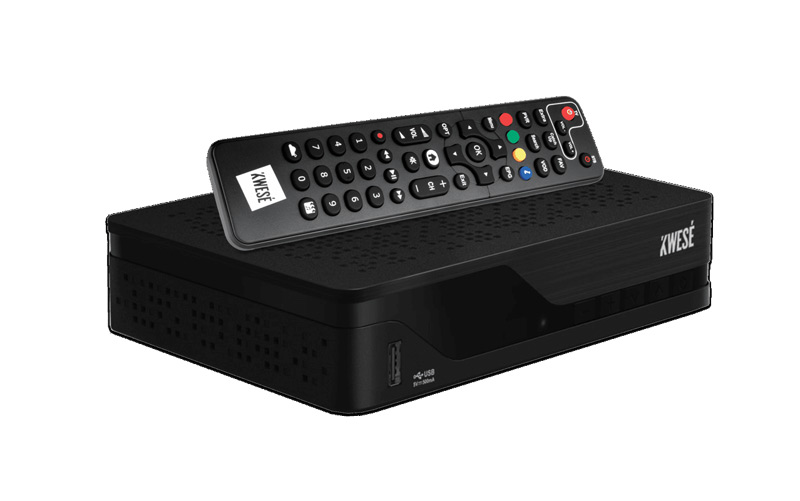 Barely a day after Econet Wireless Zimbabwe announced that customers can now subscribe to the new Kwese TV service, the Broadcasting Authority of Zimbabwe (BAZ) has released a statement saying that Kwese TV is not yet licensed to operate in the country.

BAZ has also said that the licence Kwese TV has used to launch its service, the one issued to Dr Dish, is not valid anymore as it “was cancelled by the authority for failure by Dr. Dish to provide service” when the company initially attempted DTH pay TV years ago.

The Broadcasting Authority of Zimbabwe (BAZ) wishes to advise the public that the authority has not issued a licence to Kwese TV to operate in Zimbabwe.

This follows media reports suggesting that Kwese was now officially in Zimbabwe and did not need a licence after all.

In a statement, BAZ CEO, Mr Obert Muganyura said in terms of the Broadcasting Services Act [chapter 12:06], no person shall provide a broadcasting service in Zimbabwe other than in accordance with a licence issued by BAZ.

He stated that the content distribution licence issued to Dr. Dish, which was specific to the provision of the My TV Africa Service, as declared by Dr. Dish in its application and stated in the terms and conditions of the licence, was cancelled by the authority for failure by Dr. Dish to provide service.

“BAZ therefore wishes to advise the public not to invest in a service that cannot be provided without a licence and warns anyone who may contemplate providing an unlicensed broadcasting service to acquaint themselves with the course of action that the authority is bound to take in terms of the law,” said Mr Maganyura.

Rumours that Kwese TV had finally managed to get a licence started circulating in Zimbabwe some weeks ago. Asked to confirm that its challenger pay TV service now had a licence, Econet suggested that some administrative procedures had to be completed first, and that confirming possession of a licence was premature.

Less than a week ago however, Dr Dish,  a company licensed to provide pay satellite TV in 2012 (when it introduced MyTV Africa) issued a press release announcing that it had partnered with Econet Media to enable the latter to operate Kwese TV in Zimbabwe services using the Dr Dish licence.

This new announcement by BAZ however means Econet Media and Dr Dish have a regulatory issue to resolve and may need to suspend the day old Kwese TV operations immediately.

Our assumption is that Econet Media and Dr Dish had considered the possibility of BAZ having an issue and are prepared for a legal battle, but we could be wrong. The next couple of days will certainly shed light on whether Zimbabweans will be able to enjoy the new television entertainment alternative or not.

Now read:
Some notable Zimbabweans on the Kwese TV licence rejection by BAZ