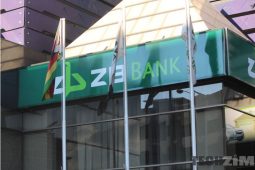 Group chairman, Prof. Manyeruke, announced the stellar results in his maiden report. The major highlight in the report was the 38% increase in net profit after tax compared to the comparative period in 2016. The banking operations remain the biggest contributor to group bottom line as most of the net profit increase is attributable to this segment.

The other highlights included the 32% increase in return on equity and the impressive 13% increase in the net interest income for the group. Impressive when the operational environment is taken into consideration although the increase in the allowance for impaired loans also increased.

The operating economy was less than ideal as liquidity distribution challenges continued to be experienced. The chairman attributed cash shortages and backlogs on foreign currency remittances to that. This in turn led to higher operational costs as the 10% increase in operating expenses reflects.

With the push by the government to a cash-lite economy, there was an increase in technology related costs as use of electronic platforms increased. There were intermittent system outages as a result of increased transactions volumes and further resources were committed to strengthen the technological platforms. This along with business acquisitions drove operational expenses up.

The trend in the banking sector continued with ZB Bank as fees, commissions and other income remained crucial to success. Net interest income for the bank decreased by about 22% whilst net fee and commission income increased ever so slightly.

The RBZ is set to adjust bank charges even further and if it does in this second half as expected, the fee and commission income will fall drastically. This coupled with falling interest income, which should be the main revenue earner, means results for the full year will not be as stellar.

The bank faces the challenge of non performing loans as do other financial institutions. To reduce the risk posed by non performing loans, the bank had to reduce the amount of loans and advances it gave out. This is why the net interest income decreased. It will be challenging for the bank if non interest income continues to decrease and the RBZ revises bank charges down.

The ZB Financial Holdings group performed exceptionally well considering the adverse operating environment. The second half of the year will be tougher and profits will probably decrease. This will probably happen but not because of inadequate leadership but the tough operational environment.

One thought on “ZB Financial Holdings reports growth in profits”