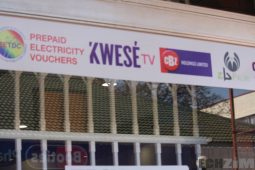 After the recent court ruling that Dr. Dish’s licence was not cancelled, Techzim has been informed that Kwese TV will be back on air any time now, with the latest being tomorrow, Saturday 9 September 2017.

The much-awaited satellite tv service will also re-start selling their decoders and satellite dishes, which they’d halted after BAZ had said they were operating illegally and warned people not to

…invest in a service that cannot be provided without a licence and warns anyone who may contemplate providing an unlicensed broadcasting service to acquaint themselves with the course of action that the Authority is bound to take, in terms of the law

It will be interesting to see the reaction of Multichoice, who were recently taken to court for one of the things that Dr. Dish called out in their lawsuit – charging in US dollars and not accepting bond notes as a means of payment. In other markets, Multichoice have been reducing their fees claiming they were “reward(ing) customers for their loyalty and also to ease life for customers living in challenging economic conditions.”

At launch a few weeks back, Kwese TV was available from Econet outlets dotted around the country, though independent distributors were being invited to sign up.

Techzim is not sure what will happen to the claimed “over 24,000 registered customers” who already paid, and were refunded, whether they’ll get the first month free or if they’ll have to pay again to be re-connected. We’ll update once we have the details on that.

What we do know is that the “1,635 jobs that were created because of Kwese TV coming to Zimbabwe” will be excited about this new development.

Here is how to get a Kwese Decoder.