We Have a New Minister of Cyber Security in Zimbabwe: Big Brother is watching… 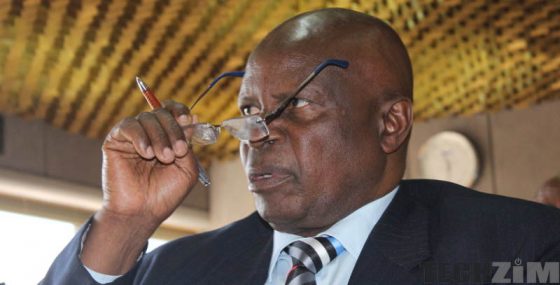 So actually the full title is Minister of Cyber Security, Threat Detection and Mitigation and he is non other than the outgoing Minister of Finance and Economic Development, Hon Patrick Chinamasa MP. This is an interesting one.

President Robert Mugabe has mixed and matched his cabinet again today. As we expected there were not so many changes. The same personalities are still sitting in that Tuesday Cabinet Meeting every week or every other week. I honestly don’t know if these guys never get tired of seeing each other across that shiny wooden table ever. Anyway, that’s not the issue right here.

The issue is of a brand new government ministry: the Ministry of Cyber Security, Threat Detection and Mitigation. What I don’t understand is why this demands a full fledged ministry in and of itself. Couldn’t the police handle this at the domestic level? At the national level can the Ministry of State Security not suffice?

First, I do not belittle cyber security at all. It is a real threat in all our lives. The sad thing however is that we all know this is really a demotion for Honourable Patrick. If we were still in those olden days his title right now would be Minister Without Portfolio (yes kids we used to have those and at one point we had three of them at the same time). The fact that this is merely a political demotion makes this whole business a non sincere gesture.

If I am wrong and this is sincere then we are in deeper problems right there. It would mean the soon to be law Cyber Security bill is being given enormous teeth and it will possible have ridiculous clauses that will outlaw the use of a computer keyboard by anyone not on the payroll of government. The minister will probably have arresting powers and this could mean my government mocking days are numbered.

The president was recently in South Africa where he called on the two countries to help each other and enlist the help of other more capable countries (think China, Iran) to curb out the threat of cyber crime. I don’t know if there is a particular threat to Zimbabwe through cyber seeing as it is how most of our records, processes and all are offline in the extreme sense of the word.

This only points to Honourable Patrick’s job to be one of Big Brother. He will be interested to know who dares sends WhatsApp messages that claim that cooking oil is running out when VaMangudya has budgeted wisely and did not forget to include the precious oil. That’s an important job because we are tired of these ridiculous messages that people circulate and other people believe. It was high time that we had a minister to make sure we are not abused muma group umu.

Hmm the above list kind of justifies the existence of this ministry doesn’t it? We thus wish Honourable Patrick all the best and we assure him that Techzim will find itself on the right side of the law. Sir, as your first order of business may you please decisively deal with government ministers who air their uninteresting dirty laundry on twitter…