AfricaCom 2017, The Largest Tech Expo In Africa Is Here And We’re Ready! 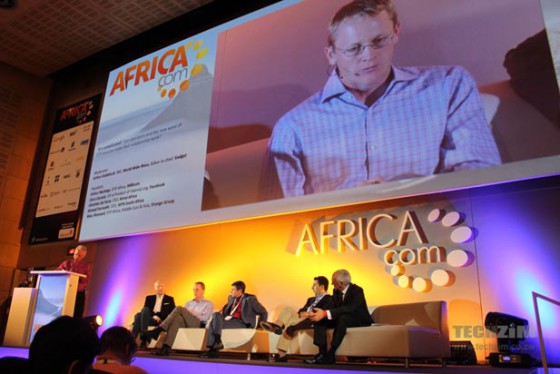 There’s no doubt that Africa has come a long way to reach the point where it is now in telecoms and other technology-related sectors. If you were to try and imagine where we came from, it might be hard. Fortunately, AfricaCom, Africa’s largest technology, telecoms and media event, has been part of the journey for the past 20 years.

So if you’d like to take a look at where our continent has come from, you can explore this timeline beginning 1997 when AfricaCom was launched in Cape Town as GSM Africa, the same year the first proposal for a regional internet registry for Africa was launched. Since then, AfricaCom has been mapping Africa’s technology journey and celebrating the achievements of some companies in the tech sector at their Awards ceremony.

From 7-9 November 2017, AfricaCom will be held at Cape Town International Convention Center marking their 20th anniversary and this year’s edition will draw delegates and exhibitors from around the world for a three-day conference that promises thought-provoking content, cutting-edge technology and a glimpse into what the future holds for Africa in terms of digital.

Techzim attended the 2014 edition and this year, we will be among the 13 000 people attending AfricaCom 2017. We’re excited to see some of the showcases from over 400 exhibitors covering different fields like fintech, e-health, education, energy, agri-tech and more. Apart from exhibitions, talks from many speakers will be held covering different topics like LTE Africa, mobile finance & commerce, Connecting Africa and IoT Africa.

I’ve got my eye on some talks already but more on that later. You could take a look at the AfricaCom 2017 agenda and leave a comment down below letting us know what you’re interested in that you’d like us to take a look at and we’ll see if we can make it to that talk. We will keep you updated on what’s going on at AfricaCom and we’d love you to come along the journey with us by engaging with questions you might have on particular announcements or talks that would have happened at AfricaCom.