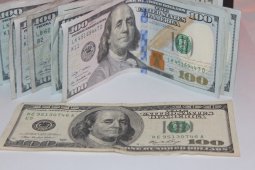 This is a statement that has been issued by the President E. D. Mnangagwa advising those that were involved in illegal activities to bring back any funds they may have sent out of Zimbabwe.

In his inauguration speech, the President mentioned that “the liquidity challenges which have bedevilled the economy must be tackled head-on and must be dealt with as a matter of urgency. People must be able to access their earnings as and when they need them. My government will ensure financial sector stability and viability and will put measures in place that promote deposits and savings through bank deposits and other appropriate financial instruments which bring fair rewards to depositors. The current banking culture where costs are levied on depositors must come to an end“.

This could be the first steps towards achieving that.

Here’s his statement below:

Activities linked to Operation Restore Legacy have, among other issues, helped to uncover cases where huge turns of money and other assets were illegally externalised by certain individuals and corporates. Needless to say, such malpractices constitute a very serious economic crime against the People of Zimbabwe which the Government of Zimbabwe will never condone.

As a first step towards the recovery of the illegally externalised funds and assets, the Government of Zimbabwe is gazetting a three-month moratorium within which those involved in the mal-practice can bring back the funds and assets, with no questions being asked or charges preferred against them. The period of this amnesty stretches from 1 December 2017, to the end of February 2018. Affected persons who wish to comply with this directive should liaise with the Reserve Bank of Zimbabwe for necessary facilitation and accounting.

Upon the expiry of the three-month window, Government will proceed to effect arrest of all those who would not have complied with this directive, and will ensure that they are prosecuted in terms of the country laws. Those affected are thus encouraged to take advantage of the three-month moratorium to return the illegally externalised funds and assets in order to avoid the pain and ignominy of being visited by the long arm of the law.