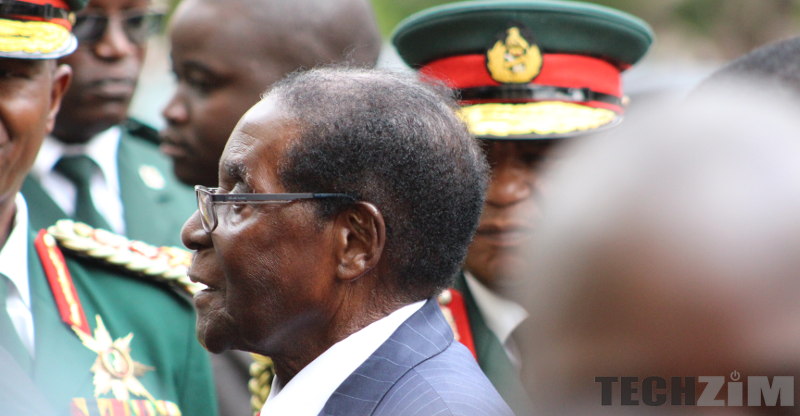 When the Speaker of Parliament disrupted the Impeachment proceedings against Robert Mugabe to read out his resignation letter the world leapt for joy.

Zimbabweans all over the world were joined in celebration by all who wanted to see the world’s oldest head of state who had been in power for 37 years relinquish control.

People took to Twitter to congratulate each other and within moments #MugabeResigns was trending in top spot worldwide. The hashtag stayed on top for two hours and it took five hours for the hashtag to exit the top ten.

The resignation of Robert Mugabe provides Zimbabwe with an opportunity to forge a new path free of the oppression that characterised his rule: https://t.co/lDsI2XUWei

In South Africa, where an estimated 3 million Zimbabweans reside, #MugabeResigns shot to the top and trended in first spot for over 10 hours. It took a further 3 hours for the hashtag to exit the top 10.

The EFF welcomes and celebrates President Mugabe’s resignation as President of Zimbabwe. In essence, President Mugabe has accepted the democratic outcome of the ZANU-PF’s Central Committee meeting which overwhelmingly voted for his recall.#zimbabwe#Mugabe

Unfortunately Twitter does not avail Trends for Zimbabwe but judging by the Trends for you section #MugabeResigns is still top in Zimbabwe. #NewZimbabwe is also trending in Zimbabwe.

As we ordinary Zimbabweans took to share even the infamous Twimbo Jonathan Moyo who had gone quiet since the military takeover but for a deleted tweet joined in,

There’ll never be anyone like Cde RG Mugabe. I’m grateful for the opportunity to have served my country under & with him. I’m proud that I stood with & by this iconic leader during the trying moments of the last days of his Presidency. Democracy requires politics to lead the gun!

Not many still care what the like of Jonathan Moyo have to say though. Zimbabweans were having their own party and as usual homour took centre stage and judging from the quality of memes on display one can only assume they were prepared well in advance.

One fake movie poster about a movie starring Don Cheadle as Robert Mugabe spread like wildfire and the Hollywood star himself responded to it.