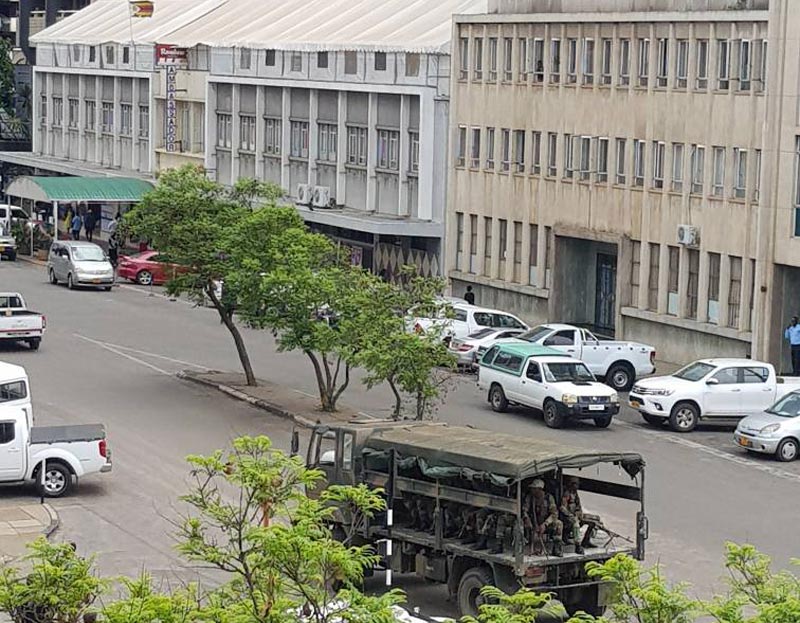 If there is anything that has kept us sane as Zimbabweans over the years it has been our humour. Prices go up and before you know it someone has come up with an intelligent quip that’s already circulating on WhatsApp. This has been happening even today since waking up to a new and strange reality we have not known.

The humour could be good as a way of diffusing the anxiety that obviously results from the unknown. However, one of the so called jokes really disturbed me. It said, “Ko zvekutora zvinhu muma shops tichitiza zvichatanga nguvai? (When is that ‘game’ of taking stuff from shops and making a run for it starting?)”

Why did this disturb me?

This is a tasteless joke. In situations like the one we find ourselves in right now, rioting and chaos is a real risk. Any suggestion of such even in a joke particularly a joke that is broadcast on a widely accessible platform like WhatsApp is dangerous. There is bound to be a no brains person somewhere who will get inspired by such suggestive jesting.

Zimbabweans have a lot of repressed anger against something or someone. We may not all be angry at the same thing but we have to be honest and say we are an angry folk (we hardly express it hedu). This presents a likelihood of people who will feel like it’s open season to vent their anger or to declare vengeance over some individuals whom they may think are on the wrong side over the power equation as the situation stands right now.

Suggesting violence becomes very irresponsible in this context. The Zimbabwe Defense Forces themselves have called on the nation to be responsible and to not fan violence. When the guy with a gun sees foolishness in violence then definitely violence and chaos is not an issue to joke with.

Ladies and gents, this is not the time to overly creative. If you know something to be untrue, don’t say it, type it or share it. If you have theories about what’s happening, only share them with people who clearly know these are theories and who will not rush to share them as fact otherwise keep your theories to yourself.

Over the years, Zimbabwe has made political scientists out of all of us. We have been sitting on the cliche armchair for so long that we have started to think that our opinions are fact even when we ourselves know that we are the originator of such opinions. Today is not the day to do this. Today is the day to speak slower than you listen, today is not the day to be Smarty Pants.

To simply keep yourself informed. We have written an article on how to safely do so with minimal risk of falling prey to Fake News. Your second responsibility is to call out anyone who is peddling what is clearly not true, what is sensational and what is imagined. The most obvious third responsibility is to not share messages that cause unnecessary panic.

Pindula is covering what’s unfolding and with live streams sometimes. Keep yourself informed.