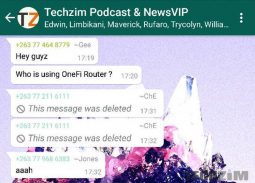 Are you one of those whose new year’s resolutions are “to be more productive by cutting out on social media”? something you’ve been telling yourself you were first introduced to social media.

If we were in Ghana, I would be saying no worries right now, but oh well…

I’m sure we agree that the most addictive of the social media networks is WhatsApp… or maybe Twitter (once you get the hang of it)… or Facebook if you’re old fashioned like that (no pun intended whatsoever).

I just came across an article on how a Ghanaian professor (Pro Vice-Chancellor of the University of Cape Coast) recommended that the government bans WhatsApp during working hours and I thought it would make an interesting light discussion.

In as much as the Professor’s suggestion sounds absurd, let’s face it, some of us need that.

I know you might not be one of those people, but trust me I have seen how distractive WhatsApp can be. It’s even worse when one is using WhatsApp web. All those notifications popping on the computer screen screaming “read me, engage me”.

It’s even worse when one is in denial. Some people don’t realise how bad the addiction is. They think it’s probably just 2 minutes of their time every now and then, but truth is it’s more than that. After reading that text or worse, a chat, you’d need time to process what you read, and then get back in the zone. Getting back in the zone is not a minute’s work, I know of people who take as much as 15 or  so minutes to ‘regroup’ before they can execute the task at hand.

Look at it in singles, that might not be as bad but once you understand the power of compound, that then becomes a different story. Now imagine what difference it would make if all that time was spent on more productive endeavours.

If the government were to take up such suggestions and enforce them, of course there would be retaliation from the citizens, not to mention how difficult it is to enforce such. However, I think over time, it would become the new normal, I mean it’s only valid during working hours which often stretch from 8am – 5pm. After 5pm, people can knock themselves out.

It will be interesting to see how the Ghanaian government reacts to this. If they go for it, how will they implement it without violating other basic rights? Also, say they successfully implement it, then would you recommend Zimbabwe adopts such a law?

16 thoughts on “Ghanaian Prof Recommends WhatsApp Be Banned During Working Hours, you agree?”