Microsoft Promises A Fix For Meltdown And Spectre As Intel’s Stock Price Drops. 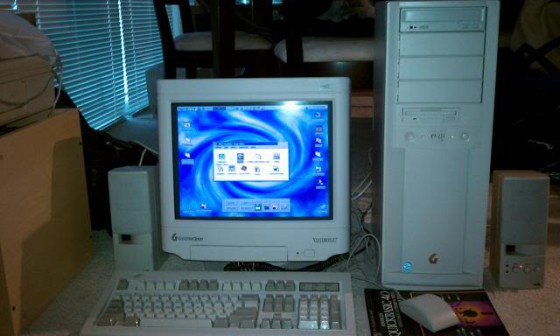 Microsoft has been scrambling  to issue updates which protect PCs against two CPU security flaws  Spectre and Meltdown as these affect devices manufactured in the last two decades.

The Meltdown and Spectre vulnerabilities are said to affect a variety of CPUs, including Intel chips and ARM chip sets. We must first explain what these two are seeing that they made headlines around the world. Meltdown and Spectre are not malware (viruses) but they are vulnerabilities that have been discovered in the basic component of all computers: processor chips.

So, nothing has happened yet (at least so we are told). It has been noticed however that the very nature of chips that has made them as fast as they are allowing us to have the immense computing power we experience today makes them vulnerable. Without going into it much let’s just say security was overlooked when modern chip technology was developed especially by Intel decades ago.

These two vulnerabilities can make anyone have access to a computer user’s data even if they are not logged in to that particular user’s account. For example if I log into your computer as a guest, I may gain access to all passwords and other data you store under your user account by exploiting the Meltdown or Spectre vulnerabilities.

This is of much greater consequence in these days of cloud computing where hardware is shared by numerous individuals and businesses. I must hasten to add that Meltdown which is mostly an Intel problem will be an easy one to fix but Spectre could be tricky. We will see…

The firmware updates of the two bugs are expected to slow down older desktop systems, but its good news for users with modern computers running Windows 10, they will not notice the difference.

Intel responded to claims that the bugs and software fixes will slow down PCs:

“Any performance impacts are workload-dependent, and, for the average computer user, should not be significant and will be mitigated over time”, said an Intel spokesperson who did not deny that the software and fixes would cause performance slowdowns on PCs.

The Verge confirmed that Intel has recommended that end users check with their operating system and update their machines as soon as updates are available.

Intel had first withheld  information about the bugs, Meltdown and Spectre from their customers and they justified themselves saying they had planned to inform the public  when all updates were readily available. Seems to me they were hoping no one would find out about the bugs whilst they silently fixed them.

Their statement went on to explain on how they and other technology companies were fully aware of the bugs. They confirmed they were working closely with AMD, ARM Holdings and operating system vendors to resolve the issue.

Updates were recently released for Windows 10 machines which will update automatically. Updates are also available for older and supported versions of Windows online, although systems like Windows 7 or Windows 8 will not be automatically updated through Windows Update, one will have to do it manually.

The software update is believed to be part of a number of fixes that will protect against the vulnerabilities and anti-virus vendors have been advised to update their softwares in order for them to work well with the new patches.

Intel’s stock prize has dropped by 7 % on the market ever since what began as rumors of the bugs turned to be true. Does this mean the company’s stock prize will continue to drop when a fix is not readily available?