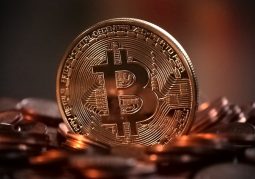 A recent article from The Sunday News sparked my curiosity about scams concerning cryptocurrencies. The story in question states that a former maid in South Africa is now making $15 000 every month after joining Bitcoin Club Network(BCN).

The story caught my eye not because a maid was making money but it reminded me of pyramid schemes that are used to convince unsuspecting people to part with their funds with the promise to get rich quick.

Ms Gagisa the beneficiary claims she was introduced to BCN by a friend and was unable to pass this opportunity by after being made aware of the benefits. She also went onto to explain how her lifestyle drastically changed since joining the club.

Now I’m not saying the story is an outright lie but keep in mind that this is exactly how pyramid schemes work. There is always an enticing ‘rags to riches’ story designed to pull in those who have no knowledge about what they are getting into. The unsuspecting believers then fund the schemes payout and then everything collapses leaving members frustrated or even worse, bankrupt.

I think this tale by Ms Gagisa could be one such scheme because it fits a pattern. Firstly the person in the article claims she was formerly a maid. Once a reader sees this the first thought that may come into their mind is, ‘If a maid could get in the big bucks this easily why can’t I?’ The schemers understand that people are prideful and most people who are better employed than house workers will fall for the trap.

Secondly, Ms Gagisa doesn’t really state how she makes this $15 000 per month but she is quick to assure Bitcoin Club Network is real

The only explanation as to why she makes that much is that she is ‘inaugurating others into the bitcoin mining company, Bitcoin Club Network.‘

The vague nature of this story forced me to hunt for even more answers surrounding this BCN. I quickly googled Bitcoin Club Network and the results do not seem promising.

Google did not seem to acknowledge the existence of this ‘real company’ and the closest result I saw was another association called BitClub Network. Among the results of this search were a lot of warnings to steer clear of this BitClub Network as well…

If a deal looks too good to be true then nine times out of ten it is. If you are going to invest in such projects PLEASE just try to verify how authentic the groups you are dealing with are before you commit your hard earned funds.

What are your thoughts on groups such as the Bitcoin Network Club? Do you think they are running genuine operations? Let’s talk in the comments down below.