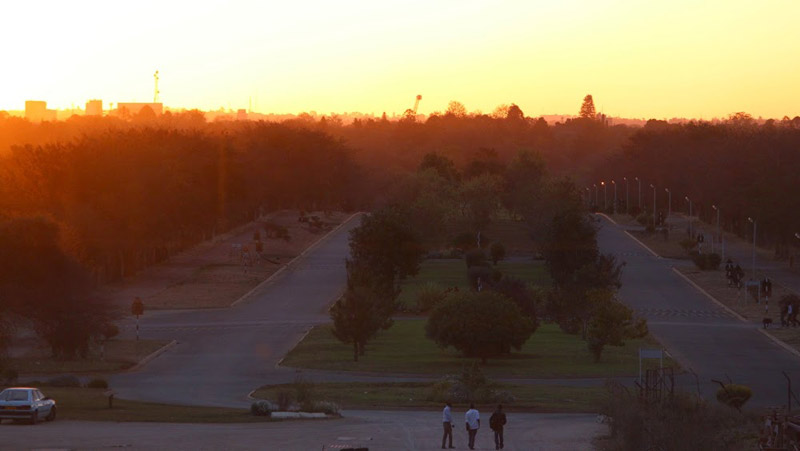 The current employment situation in our country is ensuring that people are constantly on the lookout for any employment. At times this desperation to secure any form of employment gives thieves the opportunity to hoodwink, bamboozle, lead astray and flat out deceive innocent people trying to sustain themselves and their families.

One such scam is taking place in Cowdray Park, Bulawayo as an organisation operating under the name Sound Prosperity is offering people cleaning jobs in one of the schools in the Cowdray Park area.  Job seekers are required to sign a form with terms and conditions before being allowed to work. This form outlines that anyone looking for a job is required to pay a non-refundable $5 dollars that will be used to open a SPURT account. The form also outlines that workers will be paid 10SPURT/hour and will be allowed to work a maximum of 2hrs per day.

Once hired workers are required to clean schools. We are not yet sure which school was being cleaned but we will update the article once we have all the information.

The second red flag appeared when I found SPURT’s website which coincidentally has the same logo as Sound Prosperity. If you are still on the fence and you think this may be genuine go take a look at the SPURT website. The site states “One SPURT is equivalent of one U.S Dollar.” “equivalent of,“??? Really? I wouldn’t invest a dime in this kind of an organisation.

Apparently, the people who were employed in this cleanup campaign gathered at the school demanding to get their money back. We reached out to Sihlengeni Primary, and Luveve High School and they both did not know of any such development in the area. The last of the three schools in Crowdray Park, Crowdray Secondary Park could not be reached at the time of writing.

We will update the story once we have all the information.