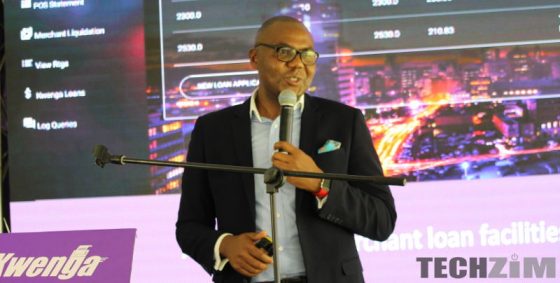 What business are we into? This is an important question every business should keep asking themselves and in answering it they should not assume the easy, lazy and obvious. That doesn’t mean the answer has to be complex though. If you speak to my colleagues they will tell you my preferred solution is the simplest thing that works. Beyond that, it’s all fat.

Steward Bank was plagued by systems issues not so long ago and some bankers I know were laughing at them and calling them names. The argument against the purple bank has always been that they do not understand how banking works. They have been chided for being aggressive in opening accounts for people on the street who are considered a burden and not a customer by traditional banking.

Traditional banking is about buying and selling money. Get money from depositors and then lend this money to businesses, entrepreneurs and others who can create value and bring back more. In this set up you realise that the person who opens a bank account is not the customer to the bank: no the depositor is a mere supplier. The bank’s customer is the borrower because that’s where their money comes from.

Everyone knows that the customer is king and always right. How about the supplier? Isn’t the supplier a servant and always a replaceable nuisance? It’s wrong but generally that’s how suppliers are treated. Banks behave the same. Have you ever gone to enquire about account opening wakangopfeka imwe iya iya (wearing shabby clothes)?

I have. That’s how I have always interviewed who gets to be my banker. Yes, I always considered my enquiry about opening accounts an interview for the bank because I just can’t give my hard earned money to anyone particularly one who judges me on appearances. Not so many banks would pass my interview.

Standard Chartered Bank has been refusing to open an account for me and my business for 3 years now because they said there is a ‘new’ system implementation going on. For three years? But I know people who work for international donor agencies, embassies and others who were able to open accounts with the bank without any question asked and the systems seemed to work fine.

It bothered me but not anymore. I keep going there to attempt opening an account just to check if systems are still being worked on but I have come to realise that I am not their customer. I’m just a wanna be supplier. What I want to supply, they are not buying. It’s OK. Anyway, I am digressing am I not?

Why were other banks sneering at Steward Bank? Because to a banker’s mindset, Steward Bank was concentrating on recruiting low level suppliers who did not have enough money to supply. I used to sneer together with the rest of the smart clad banker types until I saw what Steward Bank was doing and I wrote about it last year.

Steward Bank decided to transform itself from being a bank to be a platform. A transaction platform to be precise and tech ordinarily became their cornerstone. If you look at them as a bank you will grossly underestimate them. The reason I don’t bank with them is that they are not a bank.

They are a Fintech business, more of a startup for that matter. Like all other platforms, they make their money from fees. They exist to enable transactions and they want to push as many as they can. The low value individuals that are not good suppliers to other banks are valuable customers to the purple fintech startup because they perform more transactions than the high net worth individuals.

It is no coincidence that Steward Bank accounts were and can be opened on the streets. When you are a platform you do not want to spend too much chasing large elephants, you just want to build a trap that traps deers. Elephant hunting is for suits, deers can deal with guys in purple t-shirts.

By introducing Kwenga, Steward Bank is solving a collection problem for its customers. Techzim advised a bigger bank to invest in a kwenga like device years ago but they could not see it. Why? Banks don’t seek to solve problems for suppliers especially low net worth suppliers, why should they?

Fintech companies exist to solve transaction problems for any situation where money changes hands. That’s how they make money. As cash continues to be a problem musika people and other small traders now realise they can’t keep demanding cash. Steward Bank then gave them an affordable solution to accept electronic funds.

No doubt, all banks are making money from the cash crisis at least on the domestic front but there is a difference on how:

Steward Bank is deliberately making money out of transaction fees because they had deliberately determined to be a platform fintech company whether they call it that or not. It was probably easy for them to make these choices because they are owned by a technology company.

The rest of the banks are making money out of transactions because ndozviripo (that’s what’s there). They are dreaming of the return to the bankers’ hey days where they made money through treasury deals.

This brings me to why the banks should be afraid of Kwenga and why they should shamelessly copy it:

The biggest deal about Kwenga is not permitting the cobbler to accept swipe, the cobbler was still happy to accept Ecocash. The big deal is data. Now Steward Bank has data about the economic activity of so called informal traders who constitute 60% of all business in Zimbabwe.

With data comes ability to lend to this group. In fact the Kwenga product already allows the merchant to apply for loans. All the other banks have been concentrating on giving out salary based loans. This isn’t just about your ability to pay back because you have a salary but because receiving your salary in their bank allowed them to have data on you: how much you earn, how you spend it etc.

If you don’t have a salary that comes through their bank or any other bank, banks are asking for collateral. This effectively is a way of showing the finger to the informal trader.

By capturing small traders who come in their numbers Steward Bank has managed to aggregate suppliers to their banking division. The small merchants bring in little but they do so in large numbers. At the same time they have aggregated small customers. Small traders also want to borrow money. They borrow small amounts but they do so in their numbers.

With the increased sophistication of that platform they now have capacity to diversify into banking. Now because they have the mass market they will be able to out-compete any bank because in a few years time Steward Bank will be the most cash rich bank in Zimbabwe (my humble opinion) unless the others copy Kwenga as a matter of urgency. I advise them to do so.

Of course, I have to say it’s very possible that Steward Bank do not see all this themselves. It’s probable that they have just been coasting along and bumping into things and adopting them because they were cool things. If so, they should start being more deliberate with where they are now. No silly mistakes now, no excitability, now they need to deliberately strengthen their business model.

NB: I said no silly mistakes not ‘no mistakes.’ They should of course remain unafraid of mistakes, mistakes come with the innovator territory.