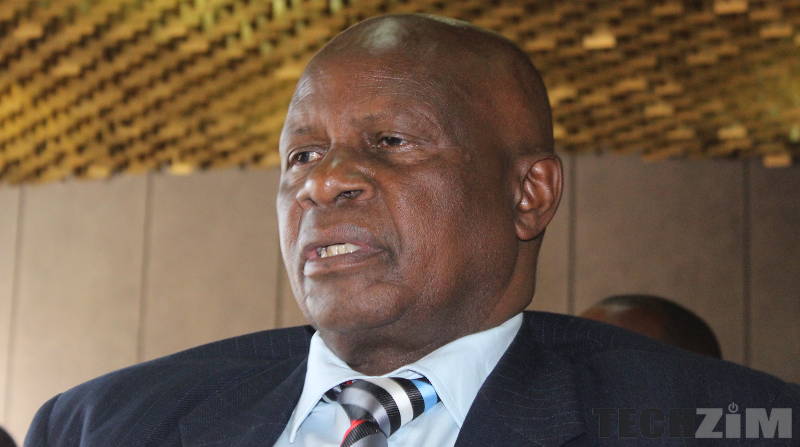 During the World Economic Forum in #Davos, the Minister of Finance and Economic Planning Patrick Chinamasa was asked if he’d buy Bitcoin at all. Well, his response was quite… interesting.

Watch the video below by Business Weekly. If for some reason, you can’t, worry nay, I’ve quoted his response in this article as well.

So, his response to the question “would you buy Bitcoin?” was:

No, no, no that is out of the question. That is still very much of an academic issue. let’s always situate ourselves in our own reality and our own reality is as we speak we don’t even have our own currency. Now to talk about cryptocurrencies, Bitcoin which as you know has not even received the blessing of the IMF.

And as you know cryptocurrency, Bitcoin are something in the terrestrial realm and not something that you can touch. So I think it’s still out of the way for us at the moment. Let’s focus and see how we can get to the position when we have our own currency and we have already again and again spelt between ourselves and The Reserve Bank that we must address of a macroeconomic fundamentals.

Well, there’s a lot to take home from what he said but generally, what I get from the response is a “forget about Bitcoin we have more pressing matters at hand”.

The problem with such a stance is it shuns away the possibility of the government even considering this as a solution. Maybe the word solution there is a bit too ambitious, but I’m personally convinced that Bitcoin has the potential to alleviate us from these harsh conditions presented by the economic crisis we’re in.

No doubt that we have a cash crisis; a serious shortage of both the valuable forex as well as our not-so-valuable bond notes….but guess what? This is where Bitcoin (or cryptos in general) come in.

From the top of my head, here are some of the ways in which Bitcoin has helped so far in Zimbabwe. The use of Bitcoin has enabled people to have access to more affordable remittance services such as Bitmari and Study263. Also, Bitcoin has made the hustle of making international payments slightly easier.

So to say cryptos are far-fetched in Zimbabwe is actually far-fetched. Bitcoin can be or rather is relevant in Zimbabwe, we just need to figure out how to best leverage it while we build our economy and secure our own currency. I don’t dispute that cryptos may (key word: may) be a bubble, but the thing is we cannot totally stay away without even considering them. Disruptive technology is like that, it never ‘feels’ a 100% safe. So if we’re to move with it as the government has professed to do in future, then we need to be ready to look into innovations as they come, otherwise we’ll miss out on more than we can imagine.

Nonetheless, in essence, instead of just waiting for “IMF to approve”, we need to do a thorough research of our own. After all, unlike most countries in the IMF, we have much more pressing matters than they and therefore can’t afford to slack on the issue.

10 thoughts on “Minister of Finance Patrick Chinamasa Speaks on Bitcoin, Calls It Utopian.”