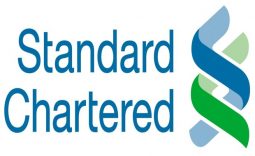 Standard Chartered is set to close 7 branches around the country in a bid to cut costs and move to digital platforms. The closures are part of a move by Stanchart to centralise its operations.

The affected branches are yet to be specified, but the staff working at these branches will be retrenched. They will not be leaving empty handed though as one worker who claimed he would be affected told The Financial Gazette:

“We are going to be paid a fortnight’s salary for every year served as part our retrenchment package.”

With computers taking on some of the tasks that we as humans are getting employed for it stands to show that people in this age need to gain new skills in order to stay relevant. When the Industrial Revolution came about back in the day, hand-tools were replaced by machinery and yet society did not descend into chaos. I think the threat of losing jobs is real but as humans, we usually adapt. I also do not think this is a malicious move by Standard Chartered, but just an attempt to move with the times.

Back in 2014 Stanchart also closed 6 branches in a bid to downsize operations and it seems that this could be a similar cost-cutting measure. Apparently, the transaction traffic at local branches had plummeted as more and more customers were shifting to digital services. According to Lilian Hapanyengwi:

As our clients and the world go digital and our branch transaction traffic is decreasing, we are always evaluating how we should reformat our current channels to deliver the most efficient service to our clients.

[Standard Chartered] is leveraging on the growth of digital banking and we are currently investing in and enhancing our mobile and online infrastructure.

This is in-line with StanChart’s recent move to invest $7.1 million in modernisation. There are 12 branches undergoing optimisation that will see new buildings that are lean and save space with a focus on digital touch points. The branches that have already gone through the optimisation include the Robert Mugabe Branch in Harare and branches in Bulawayo and Gweru respectively. The Avondale Branch also relocated, though they are still in Avondale.