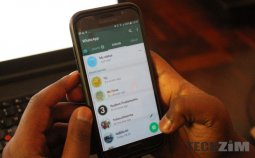 As a manager who works to achieve day-to-day targets, it’s frustrating to see an employee busy texting on a social network when they should be busy working. Don’t worry, a San Fransisco startup called Yondr made a pouch that attempts to stop smartphone addiction for employees, students and generally for everyone. One study found out that an average user checks their phone 85 times a day. Just checking only not to mention spending time texting making calls.
According to Yondr, it uses a patented system to create phone-free spaces for educators, organizations, and individuals. Yondr uses the same technology that is more or less similar to the one used for security tags of clothes.

As a person enters a class, workplace or concert they will be asked at the entrance to put their smartphone inside a Yondr pouch that locks up the phone in the pouch. The Yondr pouch can only be unlocked at a designated Yondr stand were a person is allowed to use their phone.

So a manager who wants to limit the time of his or her employees on social media would just take an employees phone at the point of entry and enclose it in a Yondr pouch till a certain time when employees are allowed to use their phone.

Yondr founder Graham Dugoni says that their pouch is trying to fight phone addiction whilst at the same time teaching an individual to be self-disciplined. As of now, the product has won favour with schools, musicians and stand-up comedians who want undivided attention from their audience. And companies could join the bandwagon.

5 thoughts on “Tired Of Your Employees WhatsApp Addiction At Work? Here Is The Answer”