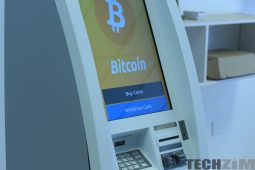 Earlier yesterday, Golix sued the Reserve Bank of Zimbabwe and in the court application, Golix believed that the central bank’s instruction for Golix to shut down was unlawful as they have no jurisdiction over Golix.

We got our hands on the chamber application and it makes for some interesting reading. There are a number of interesting facts within the document:

It seems customers have been scrambling to get their money out of the crypto exchange as the urgent chamber application that Golix presented to the court states:

The ban was announced publicly on the 14th and this means they customers have attempted to withdraw about $210 000 since then. Customers have been trying to make withdrawals but failing since BOTH Golix’s bank accounts have been shut down (earlier, we had been informed that only one was shut). Golix has taken a hit and since they make their money from trading, the mass withdrawals are a nightmare for the crypto exchange.

[UPDATE]:A Golix official has informed us that the amount stated above are attempts to withdraw which they have been unable to process because their bank accounts have been shut.

The huge withdrawal amount isn’t the only interesting figure we stumbled upon as were checking out the court application:

Golix has almost 50 000 customers. 49 333 if we’re being exact. Golix started running their exchange in September of 2015 which means they have amassed the customers over around two and half years and if they are still around this September they’ll probably have passed the 50 000 mark by the time they turn 3.

Since Golix started trading the total value of transactions conducted on Golix’s exchange amount to US$9.9 million. For every transaction, Golix charges 3% of the value of each transaction -1% on the maker of the transaction and 2% on the taker- which means since 2015 they’ve made $297 000 in revenue.

Those are some of the numbers which would not normally be in the public domain if things were normal but as you probably know things are far from stable in Zimbabwe’s crypto scene.