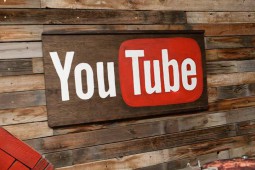 There is a lot of people out there who get glued to the screen for hours when they start to watch YouTube. A sterner phrase to describe these people is YouTube addicts.  But now YouTube will help these users do away with that habit by coming up with its new “take a break feature” that reminds users when it’s time to put down their phone and experience life outside of videos.

The “take a break feature” will allow users to set limits on their viewing and send reminders telling them to “take a break.” The feature will roll out in the latest version of YouTube’s app.

The feature is going to be introduced as part of a initiative by Google called Digital Wellbeing aimed at helping people get rid of their smartphone addiction.  Video streaming platform YouTube is one of many services that Google offers which will attempt to help users break from their online lives for a while.

The idea behind this new feature is to enable users to track their online behavior so that they can make better-informed decisions about their viewing habits.

How will it work?

The new feature will enable the users to set a reminder for every 15, 30, 60, 90 or 180 minutes, at which point the video will pause and users will receive a “Take a Break” notification that they have been watching many videos continuously for longer than normal.

But users can choose to dismiss the notification and keep watching or close the app. Notably, the setting is optional and switched off by default.

Does it really help?

The fact that YouTube won’t actually prevent users from watching for much longer doesn’t necessarily deter users from being addicts. But its alerts are a helpful reminder that users are being unproductive by watching YouTube for too long. The alerts are the guilt trip users  may sometimes need to stop procrastinating.

The “Take a Break” feature is not the only major change that Google is rolling out on the Digital Wellbeing front. The company also announced a series of Android features that will help users get a better idea of how often they are using their phone and apps. Some of the features are Dashboard and App Timer.

As the name suggests, Dashboard gives users an complete overview of app usage and shows how much time users have been spending on their device. App Timer will also nudge users if the app detects they are spending too much time on their phone.

All these new features are first expected to hit the 13.17 and higher versions of the YouTube mobile app on both iOS and Android.