Herald Brings Their Newspaper Online; Will The ‘ePaper’ Be A Hit? 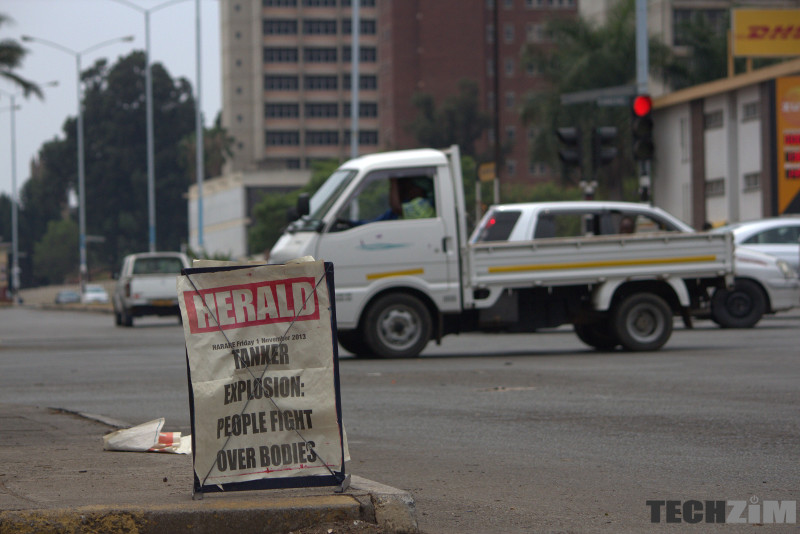 Making money as an online publication is a very uncertain business and the world over it seems no one is yet to fully crack this code. Of course, some publications have made strides to figuring out what’s the best way to go about making their money online but in Africa the challenges of making a dollar are much more amplified. Data is more expensive, phones with internet capabilities are in the hands of fewer people and the audiences are less used to consume news on the internet with print being the staple.

In the face of all these obstacles, some publications that are dominant in the physical domain decided to water down their presence online – a weird move we didn’t understand at the time. Included among these publications was The Herald. A few weeks later they reversed their decision and begun offering all their content online without any limitations. What we didn’t know at the time was that Herald was also cooking up something in their kitchen and now it all makes sense;

Herald are rolling out what they are calling The Herald ePaper and the description in that tweet is perfect. The ePaper is indeed a replica of the normal Herald that many buy on the streets but this time it’s just presented digitally.

As with every product that is launched a big question is always, “will I get value for money?” The Herald has a pricing structure I think is fair and what’s clear is that most packages you subscribe to you will cost less compared to when you purchase the physical edition of the paper:

If you subscribe for one day, then you will have to part with the same dollar you have been spending all along and I think there’s no value to be had here and if you are a constant reader I would advise you to look at all the other packages as these are cheaper. Anyway, before determining whether or not you will be subscribing you can read the ePaper on a trial basis for 7 days and then after you can decide whether or not it is worth your time and money.

Oh, and all the prices are in USD so yes you can use payment channels such as EcoCash or Vpayments but these will be adjusted to match the current Bond to USD rate.

It seems a number of media houses will be adopting this ePaper. Weeks ago, FinGaz was also testing out the same thing but they are yet to roll out their version.  In our article regarding FinGaz’s move we did note that this kind of paper would be the best compromise that media houses can make when it comes to keeping their advertisers happy and also keeping readers happy. Going for the more traditional ‘online’ approach is limiting because there are only so many adverts you can put on your site before people are fed up and they stop coming to the site altogether.

Another thing we hadn’t realised at that time, that we only realised after talking to more informed individuals was that this kind of a format allows advertisers to also capitalize on readers in the diaspora. Locals tend to buy more physical copies and this means that the larger section of readers is out of the country and advertising can also be made to target those readers.

I don’t see a reason why this won’t take off to be honest. In South Africa there are already a number of ‘ePapers’ and it seems they have been at it for a while now. Another reason why I see this working is because for older readers particularly they don’t have to familiarise themselves with this entirely new thing in order to get the news. In fact, by making it much cheaper than the physical copy there’s already an incentive for older people to transition to the Herald’s ePaper.