ZEC Website Is Back Online. Is It Being Hacked A Sign That We Are Lacking As A Nation? 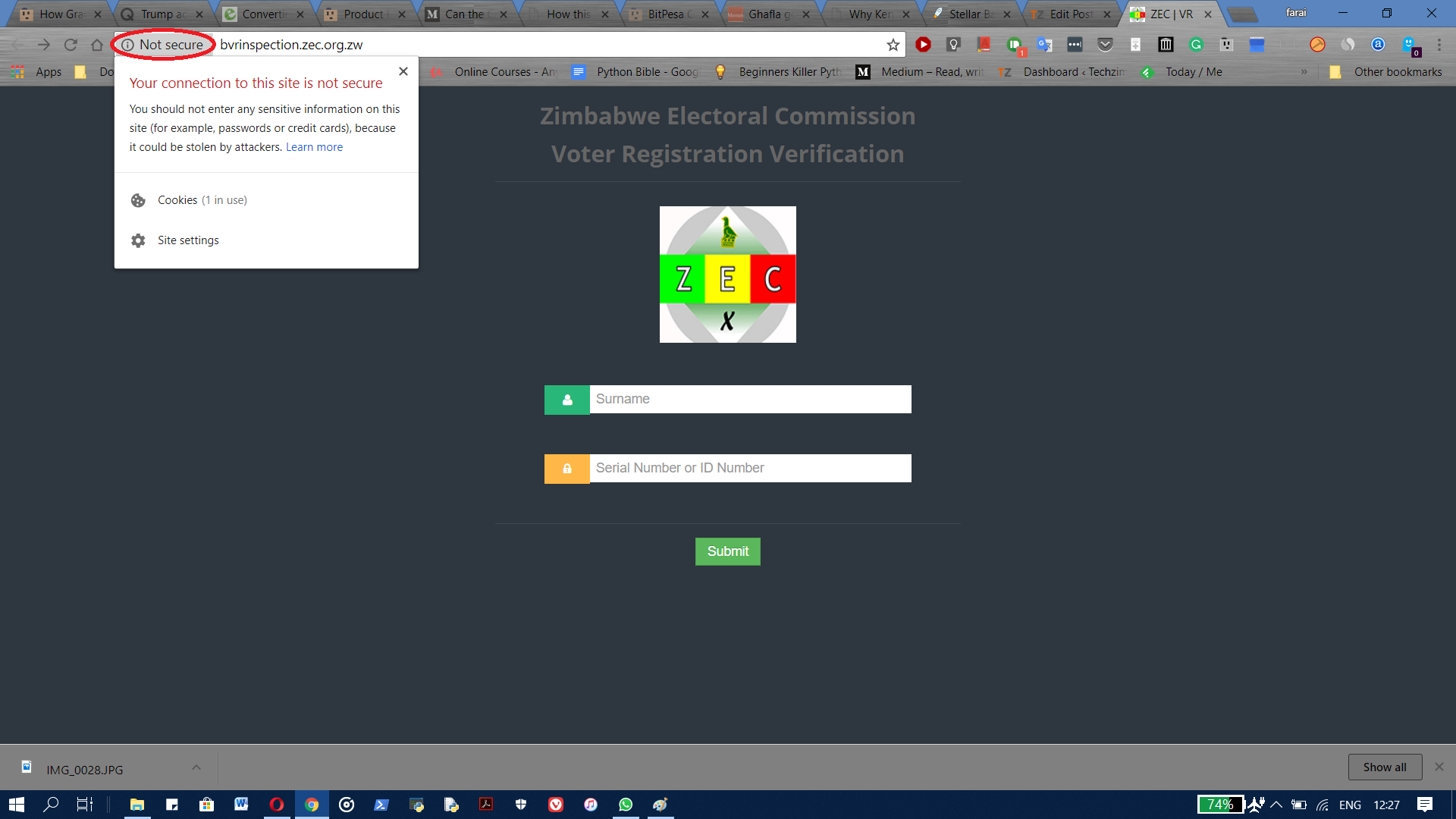 ZEC’s website was hacked on the 1st of August. The hackers were protesting to the delay in publishing of results. They posted some images on the site that depicted the events of the 1st August and what had happened during the protest. Zec took down the website after just 11 minutes and confirmed that this indeed had happened.

Why was it hacked?

Seemingly the website was hacked as a way of protesting. But other suspicions have been brought up.

Infiltration of the website is suspected to be machinations of a larger plot to discredit  the harmonised elections.

The website is up and running now. Investigations are still being carried out to find the culprits and measures have been taking to make sure something similar does not take place in the future.

There have been many cases of websites being hacked in Zimbabwe HIT was hacked and Zimbabwe Stock Exchange site too so are we worse off than other nations?  I cant say exactly because even government organizations in other countries get hacked too. Just this year thousands of government websites around the world including UK, US and Australia were hacked to obtain a cryptocurrency. So I suppose it is not so easy to prevent hacking and it is a problem for everyone across the world.

Is it easier to hack a big website in Zimbabwe than other places?

What I am concerned about is if the people who hacked just decided to do so on the 1st of August and after a couple of hours or minutes were in, then thats a problem. More security is certainly needed because if you are going to hack it should at least take you a while. I think in Zimbabwe we still see hacking as something that just happens in movies.  It’s time we take it seriously. If we can’t stop hacking from happening, the hackers should at the very least be caught.