When WhatsApp isn’t making the rounds for some fake news controversies, the application is seeing some useful revisions being added. This cycle goes on and since yesterday we talked about WhatsApp and the effect it’s had on the Brazilian elections, today there’s information concerning new features.

WhatsApp is said to be working on bringing Touch ID and Face ID support to its application. Bringing biometric support is quite the cool feature and if you’re extremely private about your chats then this will definitely be a huge deal for you as you’ll now only be able to unlock your WhatsApp using the fingerprint reader or face recognition.

WhatsApp Betainfo (probably the best source of information on Whatsapp) reports that when you enable Touch/Face ID you’ll be able to open your app once you’ve given the biometric verification:

WhatsApp adds a major protection level to the app: in order to use it, everytime you open WhatsApp, the authentication is required. 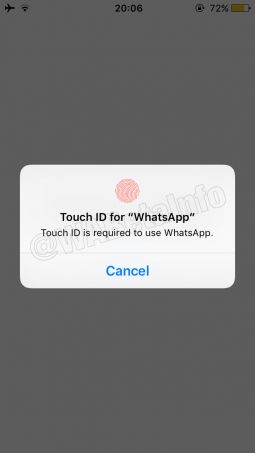 In the event that Touch/Face ID isn’t working you’ll be able to enter in a backup password similarly to how you do when unlocking your phone via these methods doesn’t work. 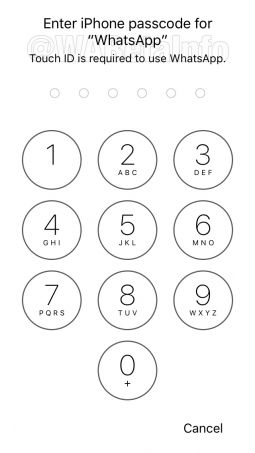 How secure is this?

According to WA Betainfo, this unlocking method is very secure and none of your data (biometric data, that is) will be sent WhatsApp.

When can you expect this feature?

Will this come to Android?

I don’t see any reason why it wouldn’t. Many android devices nowadays also have fingerprint readers so I don’t see why bringing this feature over would be a problem. Maybe if it was a Face ID exclusive then maybe there would be issues but as it is I don’t foresee any problems in bringing this over to Android. WA Betainfo also think it will be coming to Android and they said:

Unfortunately, we have no news about Android actually, but we will let you know if there is something in the next Android development related to app protection. Note that WhatsApp is really used to implement on Android any feature already developed on IOS, so let’s wait for it!