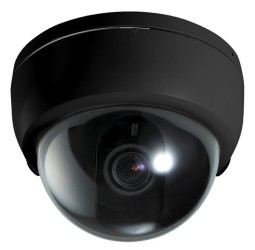 It seems the new dispensation is on a deal making spree that shows no signs of stopping. Zimbabwe is reported to have entered into a deal with CloudWalk, a Chinese facial recognition Start Up that is based in Gunagzhou. The deal will see the creation of a large-scale facial recognition program throughout the country.

The deal was signed in March of this year. The collected data will be used by security and law enforcement agents within Zimbabwe presumably to fight crime and not further violate our rights since the technology comes with the scary ability to be able to recognize faces as well as track the movements of an individual using Artificial Intelligence.

What is China getting out of the deal

Although they are often touted as our friends by the ruling elite of this country, China is not doing this out of good of its own heart. Part of the provisions of the deal will see Zimbabwe sending biometric data on millions of its people to China to help train CloudWalk’s artificial intelligence (AI) programs to recognize faces with darker skin tones.

This data of our faces and what not  will not only enhance the Chinese government’s own policing capabilities using the tech, but will also make the tech useful and more attractive to African autocrats who will no doubt use it to enhance their political positions by hounding opponents.

We didn’t have a say in this deal

I am not a legal expert especially in matters of the Constitution but I would imagine the people of Zimbabwe ought to have been consulted before a deal of such magnitude was concluded. This is especially concerning given the fact that the government will be essentially exporting our images/likeness and the kind of power this tool gives to a government with a spotty record when it comes to civil liberties.

The benefits of using the database and technology to fight crime are far outweighed by the dangers the system poses to individual freedoms.