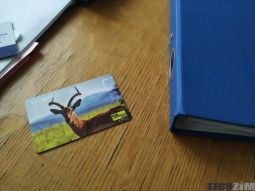 It’s year-end, and though most companies would be having their calendar fizzle out as people are going into holiday-mode, it seems Steward Bank isn’t taking their foot off the necks of their competitors.

In fact, they are launching what might be one of their most significant services yet. Anyone of the 7 million + Econet subscribers will now be able to open their bank account from their mobile device. The service will be called *236# Bank.

With *236# Bank it won’t matter whether you’re using a smartphone or a mbudzi (feature phone) as this process is open to any and everyone who is using a mobile phone via the *236# USSD code.

No need for KYC

So previously you’ve had to go to the banks to fill out paperwork and submit your proof of residence and what not.

Well, when opening your bank account from your mobile phone using the USSD there won’t be need for any of that. Steward will just use AI to link your number to Econet’s database along with the EcoCash database. You already went through KYC when you signed up for EcoCash so it’s pretty safe to say the Steward Bank fellas will know who you are by this point.

Once you’ve chosen the type of account you’ve opened you will be sent an OTP (One Time Passcode) at which point you can now visit any Econet shop, or Steward Bank agent and present your ID and collect your bank card. Once you’ve collected the card you can then complete the signing up process (which we’ll write a separate article on soon) and link your account to the card you would have just received. Going through this entire process for me took less than 5 minutes.

Because you’ll get to collect your card after signing up you can pick a more personal card that either has your totem or some of the more popular tourist sites in the country.

Can other banks compete with this?

When I attended the pre-launch event for this new service; I was part of the unbanked. I never felt the need for having a bank because EcoCash was serving my needs just fine and also the banks themselves didn’t have cash for the majority of the year (I’m not sure what that situation is like right now).

But because this service just works I’m now part of the banked and granted I could end up moving on to another bank but because I’m already a Steward Bank client; it will now be harder to have me move to another bank, This is the same convenience that is going to be offered to an entirely separate group of people who were not banked before and I think competing banks should be very afraid at the prospect of this…

We will be following this article up with an article on how you can sign up for an account with Steward Ban from your phone. Keep an eye out for that