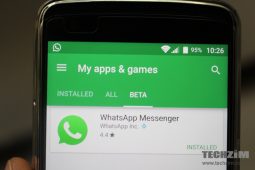 If the first question on your mind is who is Robert Mueller and what makes him special it means you haven’t been watching CNN for like two years but do not worry I have got you covered. You see there is no doubt that part of the reason why Hillary Rodman Clinton lost the US presidency was because of the damaging information released by Wiki Leaks just before the crucial election day.

Previously in the Mueller Probe

There is persuasive evidence that the Russians were the ones who hacked Clinton’s Party as part of a concerted effort to make sure Donald Trump win the presidency. There is little doubt about that. There is however a burning question: Did the Russians do this at the behest or in concert with Donald J Trump? Muller is the man tasked with finding that out.

Now back to the current WhatsApp

Rather than attack Trump directly Mueller has gone after Mr Trump’s friends. The latest one to be KO’d is Roger Stone one of Trump’s buddies. Among the boring legal mumbo jumbo in the documents filed with the courts there is an interesting PDF. It has detailed WhatsApp chats between the accused and several individuals and boy are there lessons to be learnt?

The million dollar question is

Just how did Special Counsel (that’s his fancy title for giant slayer) get these chats? I think most people know by now that WhatsApp has end to end encryption. Basically what this means is that messages are encrypted on your phone and only decrypted when they reach the intended receiver’s phone. So how on earth did Mueller get these chats? Did he intercept them somehow? Has the US government finally broken the encryption or found a back door?

Well there are lessons to be learnt here. Not least of which is that it’s unlikely, but possible, the US government has found a way into WhatsApp. What is likely however is that Mueller got the juicy stuff some other way. You see even with the most bullet proof systems like WhatsApp there is always a weakness-humans.

By default WhatsApp backs your chats regularly and this is done in clear text in order to simplify things. You see if your chats were to be backed up in encrypted form they would be unreadable if you were to say reinstall WhatsApp as the process generates a new key. Backing up the key would make the whole process silly as it would mean someone could still be able to easily decrypt the messages using the key. So why even bother?

Another thing to note is that WhatsApp have a deal with Google where all these chats are being backed into the Google Drive cloud storage. Just like the local backups and as we have already pointed out, these chats are not protected by encryption . Here is another thing: Google is in Mountain View California which is in the United States. Right where Mueller can just subpoena Google to hand over your chats you see.

Therein lies the weakness. Governments do need to break any encryption they just need to either get hold of your phone/your recipient’s or get your files from Google. It’s unlikely Google will respond to a warrant from the infamous Minister of State but you or your recipient can be cajoled or bullied into handing that phone and just like that it’s goodbye encryption.

WhatsApp maybe secure but there are some holes in the system

Mr Stone and Mr Manafort before him were brought down because of WhatsApp and Telegram chats and a dash of ignorance. In both cases they had actually told their contacts to move the incriminating conversation to WhatsApp/Telegram as both are deemed secure. The messages were a helpful pointer telling Mueller where to find the juicy incriminating stuff.

Think WhatsApp and Telegram are bulletproof here is a lesson for you:Systems are only as secure as the skills of people using them.

Also read, Apparently, WhatsApp Messages Can Be Intercepted And Altered Due To A Security Flaw