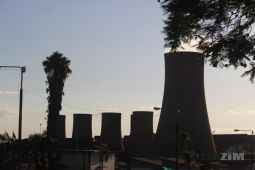 You see in any given country the resources are limited. Resources are also known as factors of production i.e. items you require to produce goods and services that you can use to satisfy people’s needs and wants. Resources include land, labour, capital and enterprise.

While resources are limited needs and wants are on the other hand unlimited. For example in Zimbabwe we have a limited amount of USD/Forex while there is essentially an unlimited demand for it. People want to “import” all sorts of things including ex-Japs, T.Vs, DSTV, pay for Netflix, phones, computers etc.

This creates a problem; how do we allocate these scarce resources. What to produce?/What to import using scarce USD? How to produce? This means for example what procedures we use to import. Do we leave it to private enterprise or do it as government? For whom to produce?/Whom to give forex? All these issues are also known as the Economic Problem.

There are three ways to solve this problem: a free market economy, a command economy and a mixed economy.

The features of a command economy

Command economies which are also known as Planned economies are closely associated with Socialist republics and communist countries such as China, the old Soviet Republic, North Korea, Cuba and Venezuela. Although there are local differences command economies have the following features:

What are the advantages and disadvantages of a command economy

The advantages of a command economy are:

Does Zimbabwe have a command economy?

That is an unequivocal no. The Zimbabwean government led by the ruling party have however displayed command economy like tendencies. They are the largest employer (own most of labour), they own the majority of Zimbabwe’s land after the land reform program and definitely most of the capital.

That is hardly surprising. Most of Zimbabwe’s leadership were trained in Communist and Socialist countries such as the Mozambique, Soviet Union, China, North Korea and Cuba. This explains their proclivity for socialism every time they are faced with problems.

The only reason why Zimbabwe has what we call a Mixed Economy ( one with both privately owned businesses and government entities) is because they inherited the system from the white led Rhodesian Front government.